MANILA, Philippines – Similar to last year, the upcoming 2018 NBA Draft is reportedly loaded with can’t-miss rookie prospects who are expected to take teams to the next level. This Friday, June 22, 60 of the world’s best young basketball players will hear their names and hope to get signed to a new home in the NBA.

Right now, let’s run down the important numbers heading into one of the offseason’s most exciting events.

The Phoenix Suns got lucky this year and got their first-ever No. 1 overall selection in franchise history. The Arizona franchise that drafted legends such as two-time MVP Steve Nash and '90s All-Star “Thunder” Dan Majerle has also not drafted as high as second since 1987– that's 31 years ago.

The pressure is on the Suns’ management to make the most of their premium draft pick. Oddly enough, they have found more successful players at the rear end of the lottery rather than the front.

Their big men Alex Len (5th overall, 2013) and Dragan Bender (4th overall, 2016) have both been lackluster and ineffective, leaving Booker and Warren to carry most of the offense and leadership duties while the Suns plummet to last place in the tough Western Conference.

Luck may be on their side this year as they have their sights set on another big, Deandre Ayton, but their own history tells us that good scouting trumps luck every single time.

And because a decade’s worth of picks have not been enough, the Kings have been ridiculed for countless talent mismanagements and bad scouting efforts.

This year, they are expected to select either Ayton if he’s still available, 19-year-old Slovenian sensation Luka Doncic, or the promising but injury-prone Michael Porter Jr. As of now, the Kings are reportedly taking Porter, along with his big risks.

Porter may be the savior Sacramento needs, but if he doesn’t pan out, then it’s just business as usual for unfortunate Kings fans. 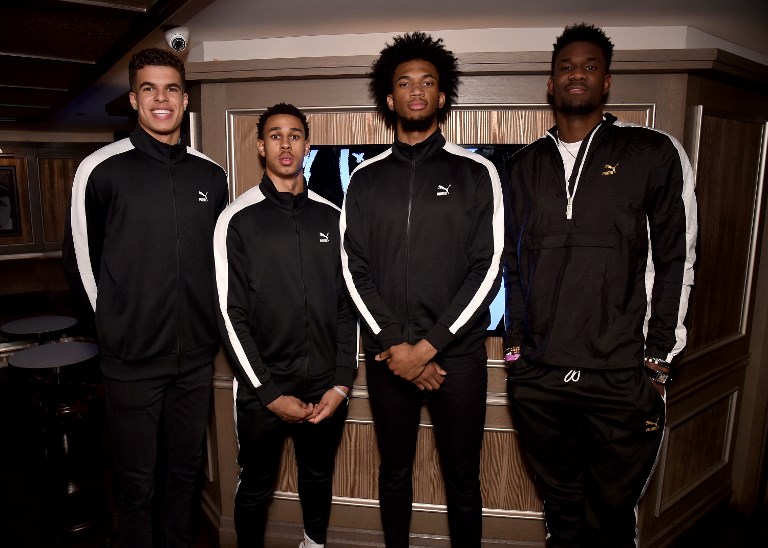 Prior to this season, the Atlanta Hawks have made the playoffs for 10 straight years, dating back to the 2006-2007 season, where Cleveland Cavaliers head coach Tyronn Lue was still playing alongside All-Stars like Al Horford, Josh Smith and Joe Johnson.

However, things went south very quickly for the Hawks last season after the departure of Horford and Dwight Howard. They finished dead last in the Eastern Conference with a 24-58 record after going 60-22 just 3 years prior.

Their sudden misery is soothed with the 3rd overall pick, which they are planning to spend on Doncic, the 18-year-old stud Jaren Jackson Jr or the 5-star prospect, 6-foot-11 forward Marvin Bagley III.

Thanks to the wealth of talent available this year as previously mentioned, Atlanta at 3rd can still draft a player who is worthy of the number one selection. Hawks fans better hope their team did their homework well, lest they end up being the Sacramento Kings of the east.

Just this year, the 8th overall pick may be talked about just as much as – or even more than – the first. That’s because this pick, originally from the Brooklyn Nets, is the only thing intact from Cleveland’s now-lopsided trade of Kyrie Irving to the Boston Celtics for the pick, Isaiah Thomas and Jae Crowder.

In the end, Thomas butted heads with his teammates and ended up with the Los Angeles Lakers while Crowder regained his effectiveness with the Utah Jazz. Worst of all, the Brooklyn pick didn’t even get as high as Cleveland wanted it to be. But here we are.

What will the Cavs do with this now? Draft streaky shooter Trae Young? Repackage it for a deal with the Charlotte Hornets’ Kemba Walker? Whatever the case may be, the only thing for sure now is that Boston has ended a long-standing debate.

They clearly won the trade. – Rappler.com