IN NUMBERS: Where do Cavs, Warriors rank on NBA all-time lists?

MANILA, Philippines – As the Golden State Warriors and the Cleveland Cavaliers collide in the NBA Finals for the 4th straight season, it will aso mark the first time in US major leagues – including the National Football League (NFL), Major League Baseball (MLB) and the National Hockey League (NHL) – that the same teams face off in a championship in 4 consecutive years.

So it's no surprise that both the defending champion Warriors and the Cavs now rank among the league's record holders.

Here are some of their rankings in the all-time lists:

Cleveland’s LeBron James will be the 6th player in NBA history to play in the NBA Finals in 8 straight seasons. The other 5 all played for Boston in the 1950s and 1960s. 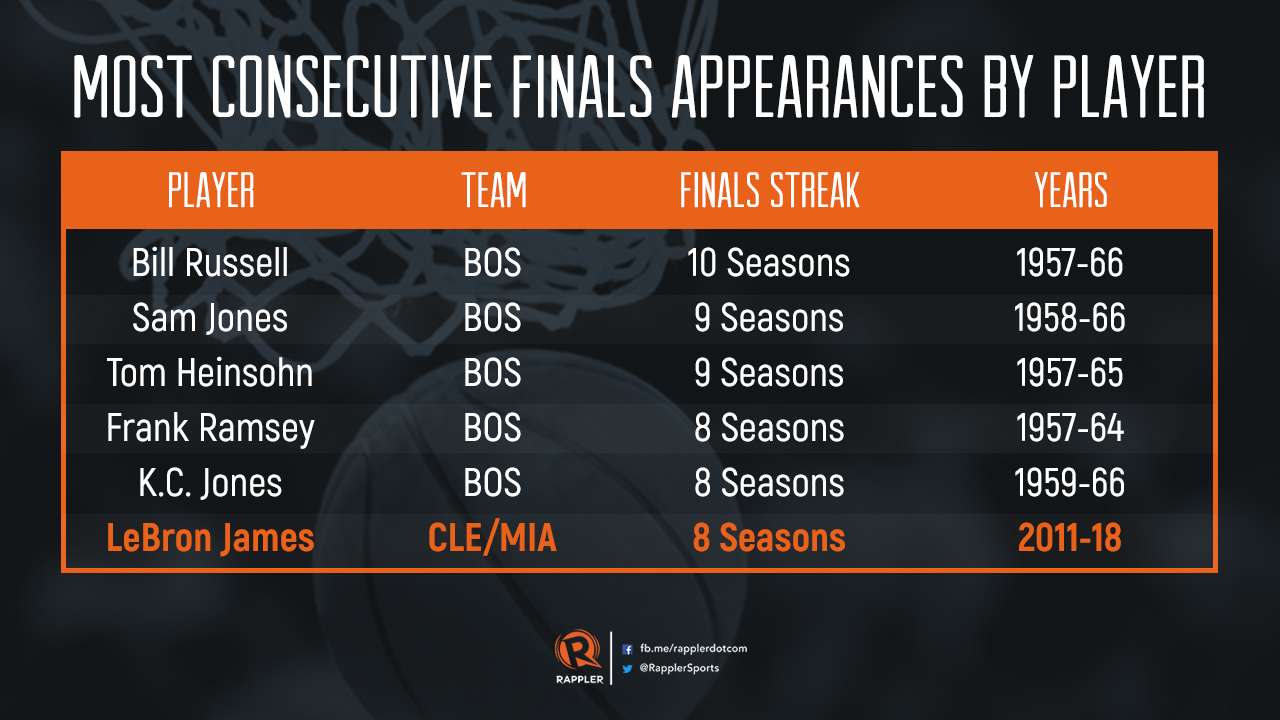 Overall, this is LeBron James’ 9th Finals appearance, tying him for 4th place all time. 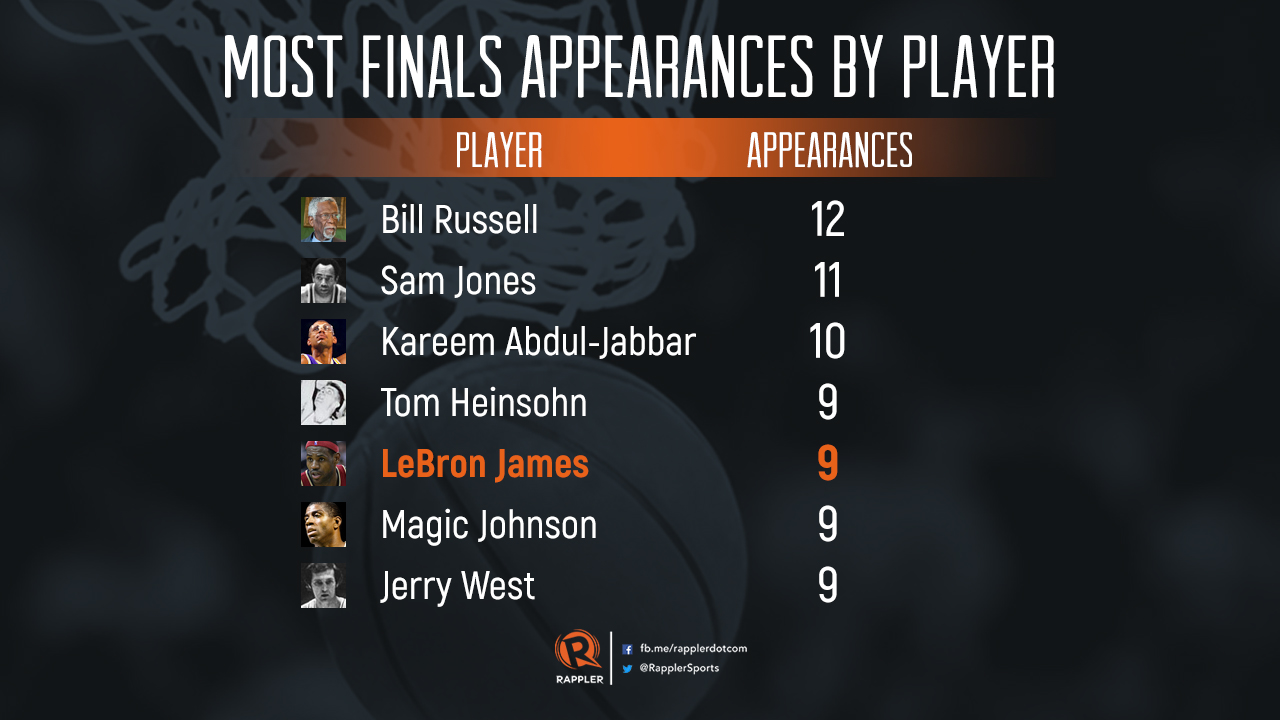 Cleveland and Golden State are now among the 5 franchises that have reached 4 consecutive finals appeances behind the Boston Celtics (10). 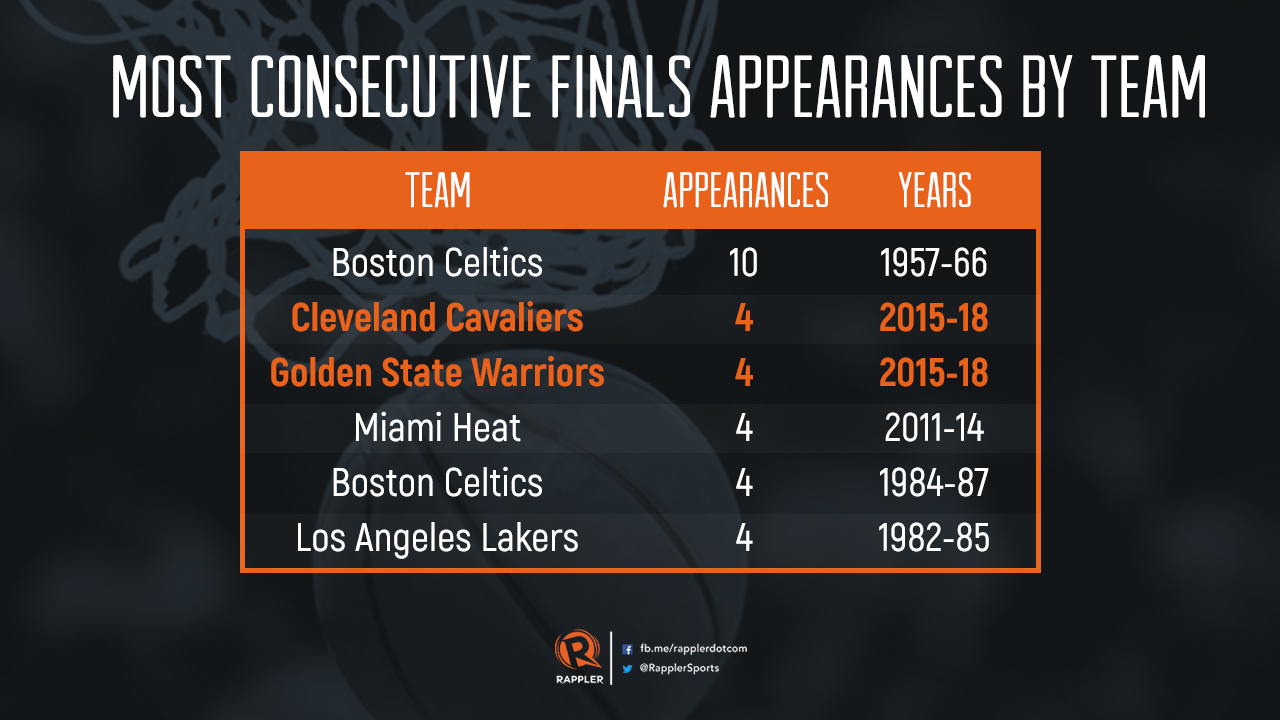 With their 10th Finals appearance, the Warriors are passing Philadelphia (9) for sole possession of 3rd place on the NBA’s all-time list. 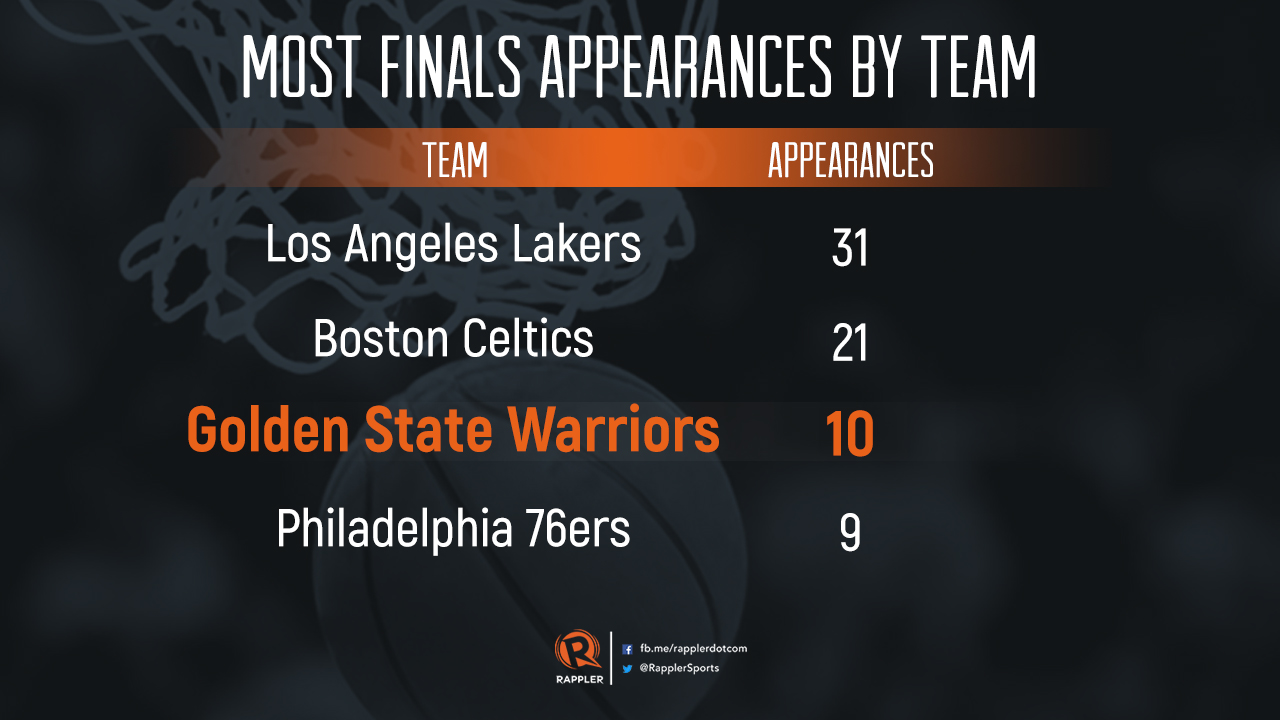 Golden State has won 5 NBA titles, tied with San Antonio for 4th place all time. If the Warriors win this series, they would match Chicago for 3rd place with 6 championships. 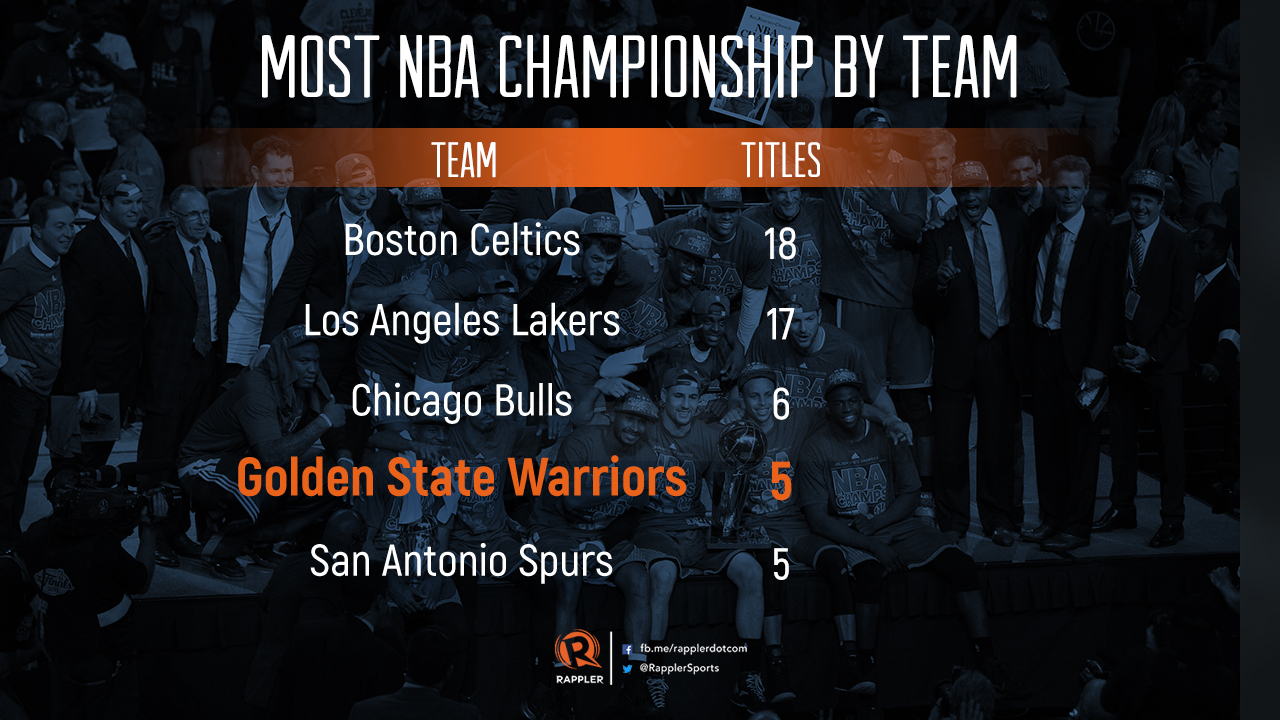