ILOCOS SUR, Philippines – The Ilocandia, the host of the Palarong Pambansa 2018, may no longer be the sports powerhouse in recent years, but Ilocano athletes were among the greatest in Philippine history. Here are 10 of them.

All photos from Wikipedia

1) Teofilo Yldefonso. Born in Piddig, Ilocos Norte in 1902, Yldefonso was said to be the “Father of the Modern Breaststroke.” He competed in the 1928 Olympics in Amsterdam and immediately set the Olympics record in the men’s 200-meter breaststroke. Yldefonso, who gained the nickname “Ilocano Shark,” finished third in the finals. He again bagged the bronze in the same event in the 1932 Los Angeles Olympics, making him the only Filipino to get two Olympic medals. His patented stroke was then known as the “Yldefonso stroke” and was filmed and copied by European swimmers. He competed in the 1936 Berlin Olympics but could only finish 7th. His next stint, unfortunately, was World War II and although he survived the Bataan Death March, Yldefonso died in the Capas internment camp in 1942 and his remains were never found. Daniel Coakley, a great-grandson, won two gold medals and a silver in swimming in the 2007 Southeast Asian Games. 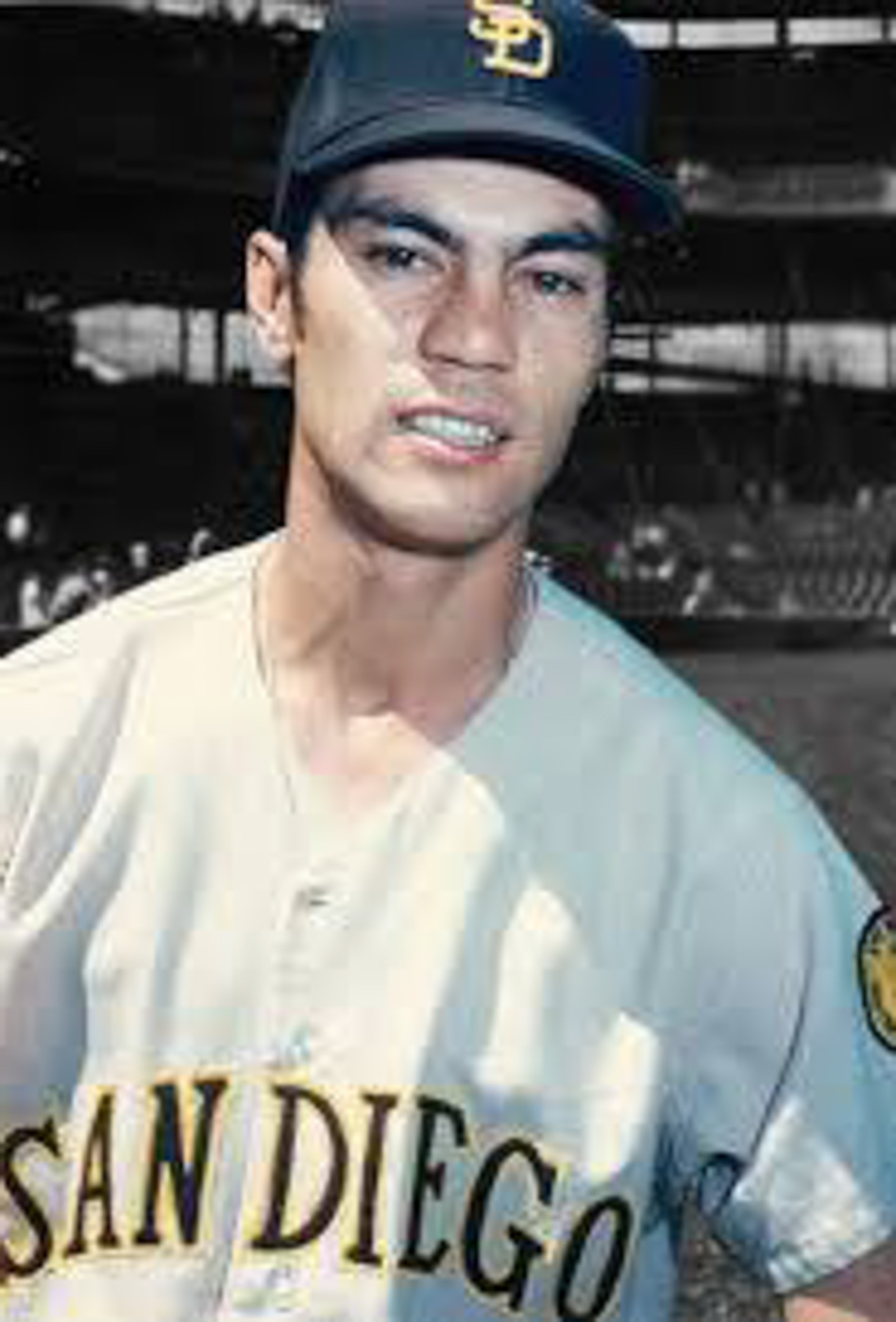 2) John White Sipin. In the 1970s, the Ilocos Norte boys' softball team lorded it over in the Palarong Pambansa and were later known as the “Marcos Boys.” But after the support of Marcos waned, the interest in softball and baseball also lost wind like a mean breaking ball in Ilocos. Which is a pity because the first Filipino-American baseball player to play an entire season is an Ilocano. John White Sipin was born in 1946 in Watsonville, California to Ethel White and Johnny Imperial Sipin, an Ilocano. He played 68 games for the San Diego Padres in 1969, batting .223 with 12 doubles, two triples and two homers in 229 at-bats. Sipin, however, became a superstar in the Japanese league after signing with the Taiyo Whales in 1972, he became one of the best second basemen in Japanese baseball during the 1970s. He was the first foreigner to win the Japanese Golden Glove Award in 1972 and 1973. 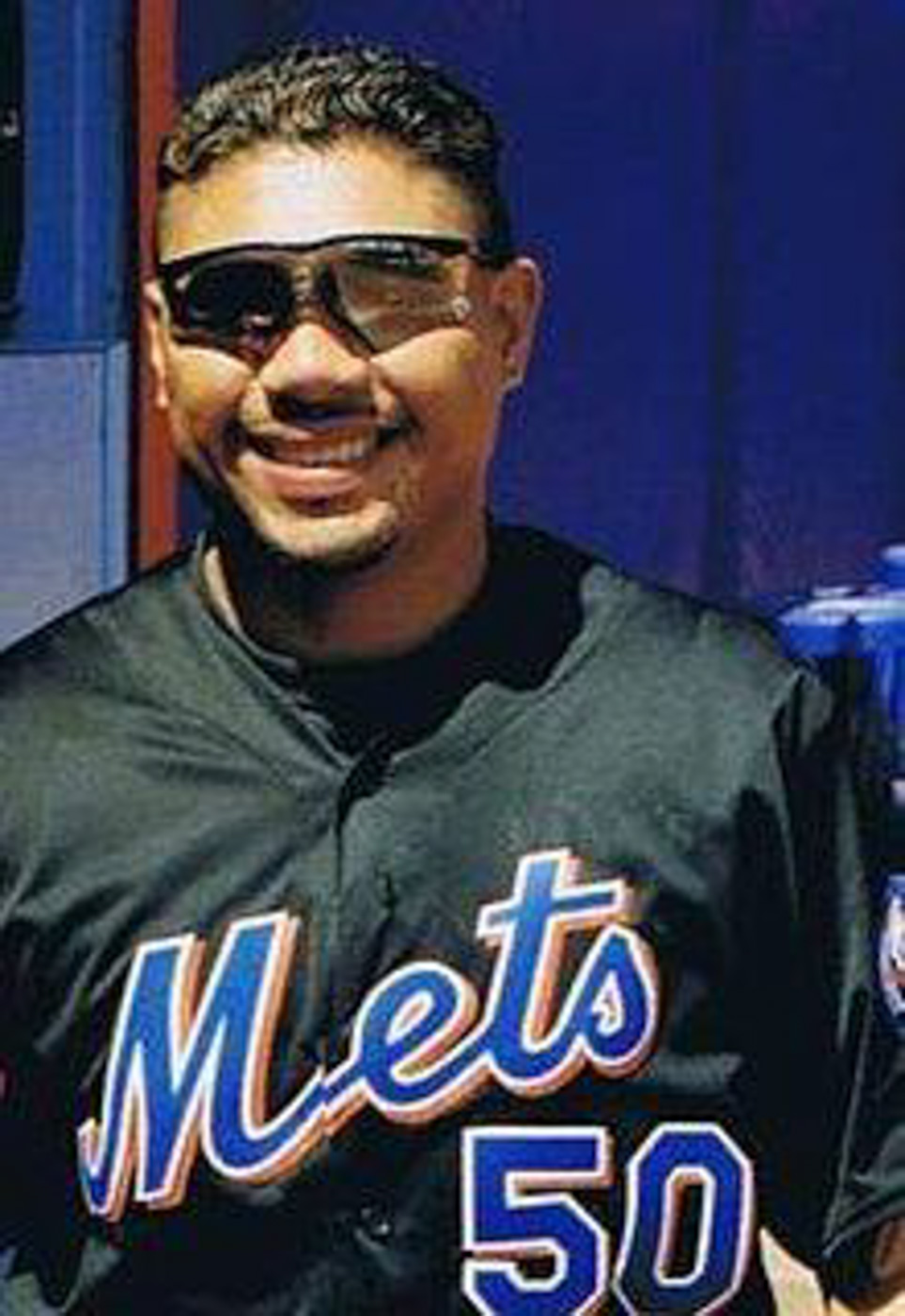 3) Following his spiked footsteps is Benny Agbayani. His grandfather Ambrosio was a sacada in Hawaii coming from Ilocos Norte while his father was a dance instructor in Honolulu, which explained Benny’s grace and swift moves in baseball despite his squat and stocky body. Despite playing some football in college, Agbayani was the California Angels’ 25th pick in the 1992 free agent draft and the New York Mets’ 30th choice in the free agent draft in 1993. It was only in 1999 that Agbayani really made it to the big leagues, hitting ten homers in his first 73 at-bats as a New York Mets. He wore 50 on his jersey in honor of his native Hawaii. It was in 2000 when Agbayani broke through and even became a hero in the Mets’ Subway series against the Yankees. He was traded to the Colorado Rockies and he struggled there. Like Sipin, he went to Japan and joined the Chiba Lotte Marines in 2005 together with his Mets manager Bobby Valentine. They swept the Hanshin Tigers during the Japan Series and the Marines later won the inaugural Asia Series. Agbayani was named the MVP of the series.

4) Brian Viloria – Benny Agbayani was nicknamed “Hawaiian Punch” during his MLB years but it was the boxer Brian Viloria who was more famous for that moniker. Brian was born in Waipahu, Hawaii in November 1980 but he was sent to Narvacan when he was just six months old and was raised by his grandparents for five years there. He was an accomplished amateur boxer in the US and was even awarded Boxer of the Year by the USBA in 1999. He was a favorite to win the gold in the 2000 Sydney Olympics but lost to Brahim Asloum of France in the controversial finals. His professional career was overshadowed by that of Manny Pacquiao’s although he became the unified WBA and WBO flyweight champion and the former WBC and IBF light flyweight champion. His last fight was last February when he lost to the unbeaten Artem Dalakian of Ukraine in his bid to win back his world flyweight championship. 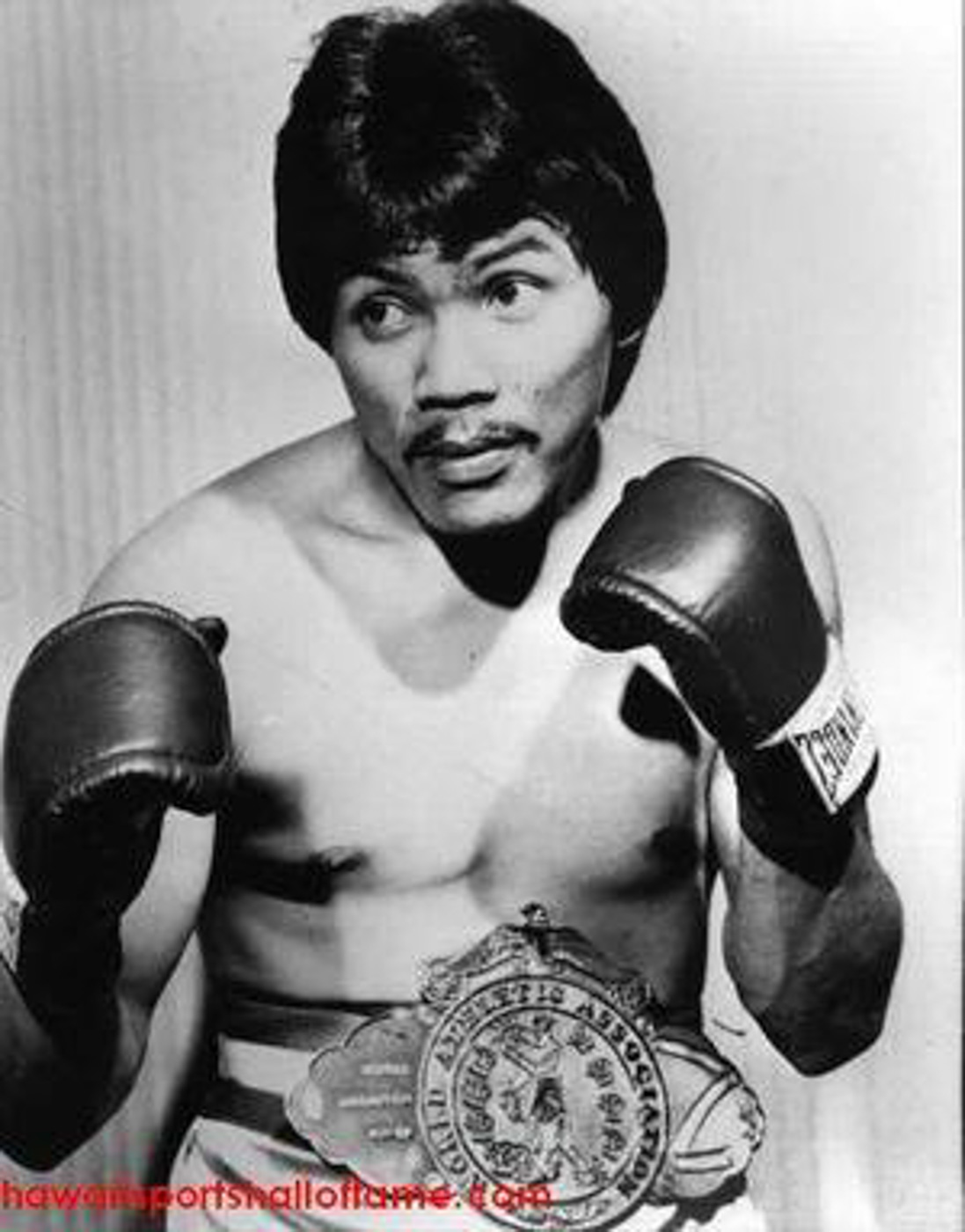 5) The first boxer to be named “Hawaiian Punch” was Andrew Ganigan, another Ilocano born in Waipahu. Ganigan was named #97 in The Ring's list of 100 greatest punchers of all time. The original “Hawaiian Punch” fought from 1972 to 1983, ending his career with an overall record of 34 wins (30 by KO) and 5 losses. 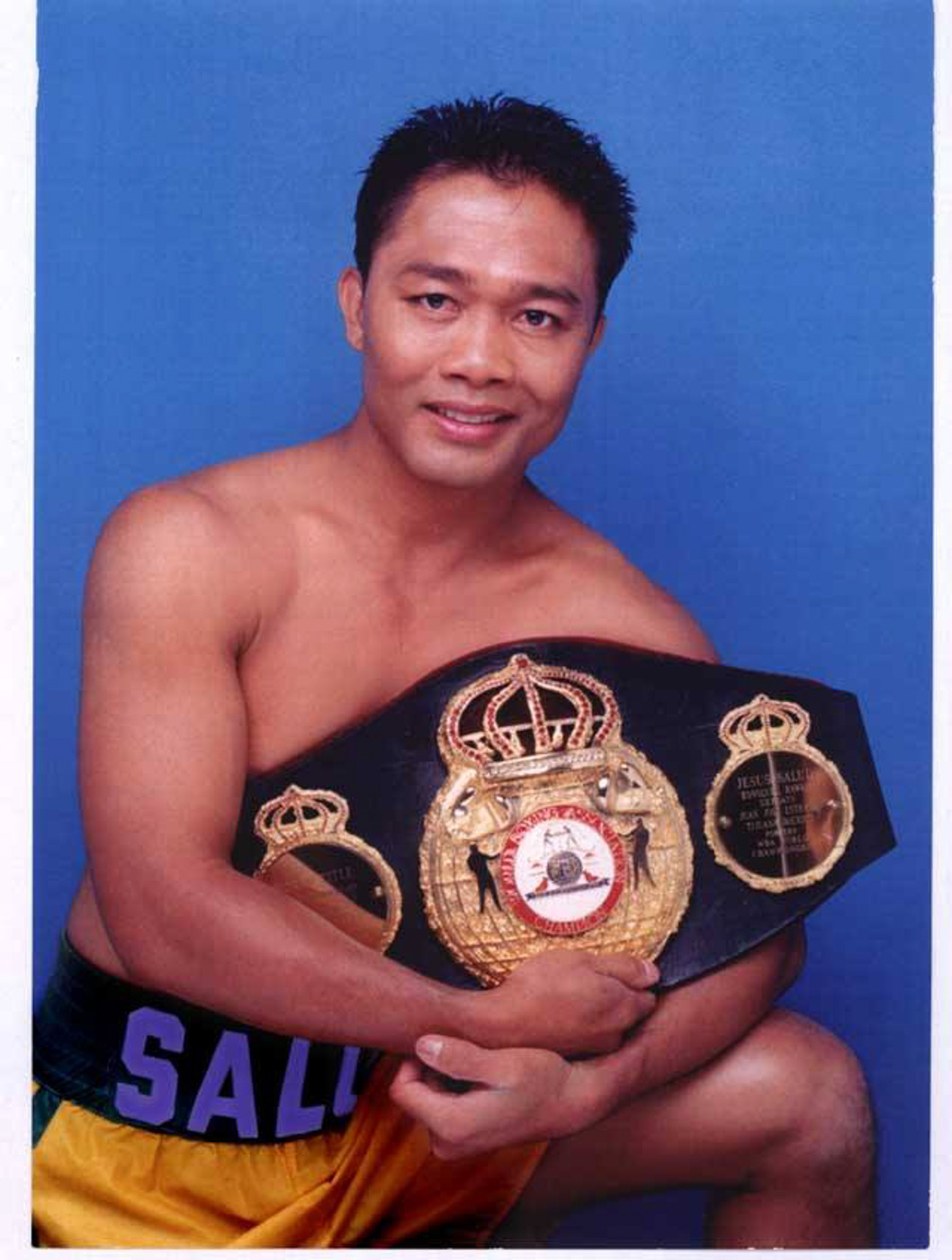 6) The boxer who named Viloria as the “Hawaiian Punch” is Jesus Salud, who was also named as such in his heydays. Born in Sinait, Ilocos Sur, Salud migrated to Honolulu and became a professional boxer. He won the WBA super bantamweight title on December 11, 1989, in a bout against Juan Jose Estrada.

7) Ana Julaton. Enough of the Hawaiian punchers but Ana is one whose power and looks are enough to do a 1-2 knockout combination. The granddaughter of an Ilocano US Army soldier from Pozorrubio, Ana is the first woman Fil-Am boxer to win a world professional boxing title. Known as the Hurricane, Julaton won the women’s WBO super bantamweight in just her seventh fight and the IBA super bantamweight. She retired from boxing with 14 wins, four losses and one draw and went to mixed martial arts where she had a mixed record of 2 wins and 4 losses. She retired from both boxing and MMA only last month.

8) Among the basketball players who traced their roots in Ilocos are Sonny Cabatu, Danny Ildefonso, Marc Pingris and Doug Kramer but probably the greatest is Ambrosio Padilla. Although he went on to become a senator and solicitor-general, Paddy was the skipper of the illustrious Philippine basketball team which placed fifth in the 1936 Berlin Olympics. He was also the manager of the Philippine team which placed third in the World Basketball Championships in 1952 in Argentina.

9) David Bunevacz. The decathlete is the son of Hungarian-American track and field coach Joseph Bunevacz and Filomena Ismaela from La Union. In high school in California, David excelled in high hurdles, high jump and long jump. At the University of California at Los Angeles, David became the team captain of their track and field team. He was recruited to represent the Philippines in the decathlon and won the gold in the Southeast Asian Games in 1997. However, Bunevacz became more famous for his romantic interludes and dubious business transactions. 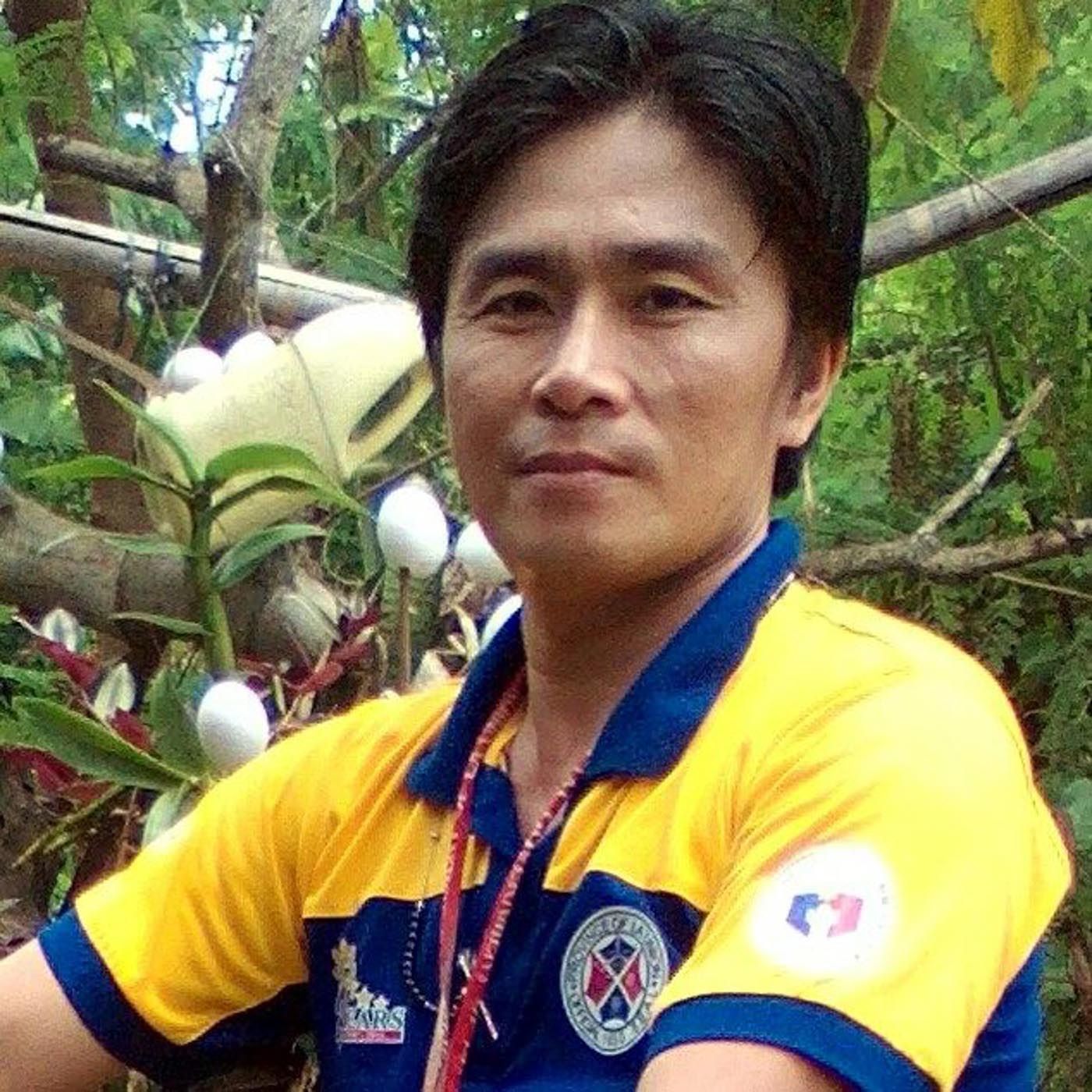 10) Nancy Navalta. She still holds the Palaro records for 100-meter dash for girls in 1997 and 200-meter dash for girls in 1993 but the stone picker from Luna, La Union will be forever known for her gender issues. Her best time of 11.42 in the 100 would have qualified her for the Atlanta Olympics but there were persistent rumors then that she was a man and then the Philippine Centre for Sports Medicine (PCSM) released her sex test results and said that she had a condition called hermaphrodism. After that, she stopped running and went back to La Union, lived a quiet life and finished Criminology at the University of Luzon. In 2015, she became the sports consultant of La Union. – Rappler.com