MANILA, Philippines – University of the Philippines stunned La Salle with a 72-71 fightback to nab its fourth straight win in the UAAP Season 82 men's basketball tournament on Wednesday, September 25 at the Mall of Asia Arena.

Check out some photos of the Fighting Maroons' thrilling escape: 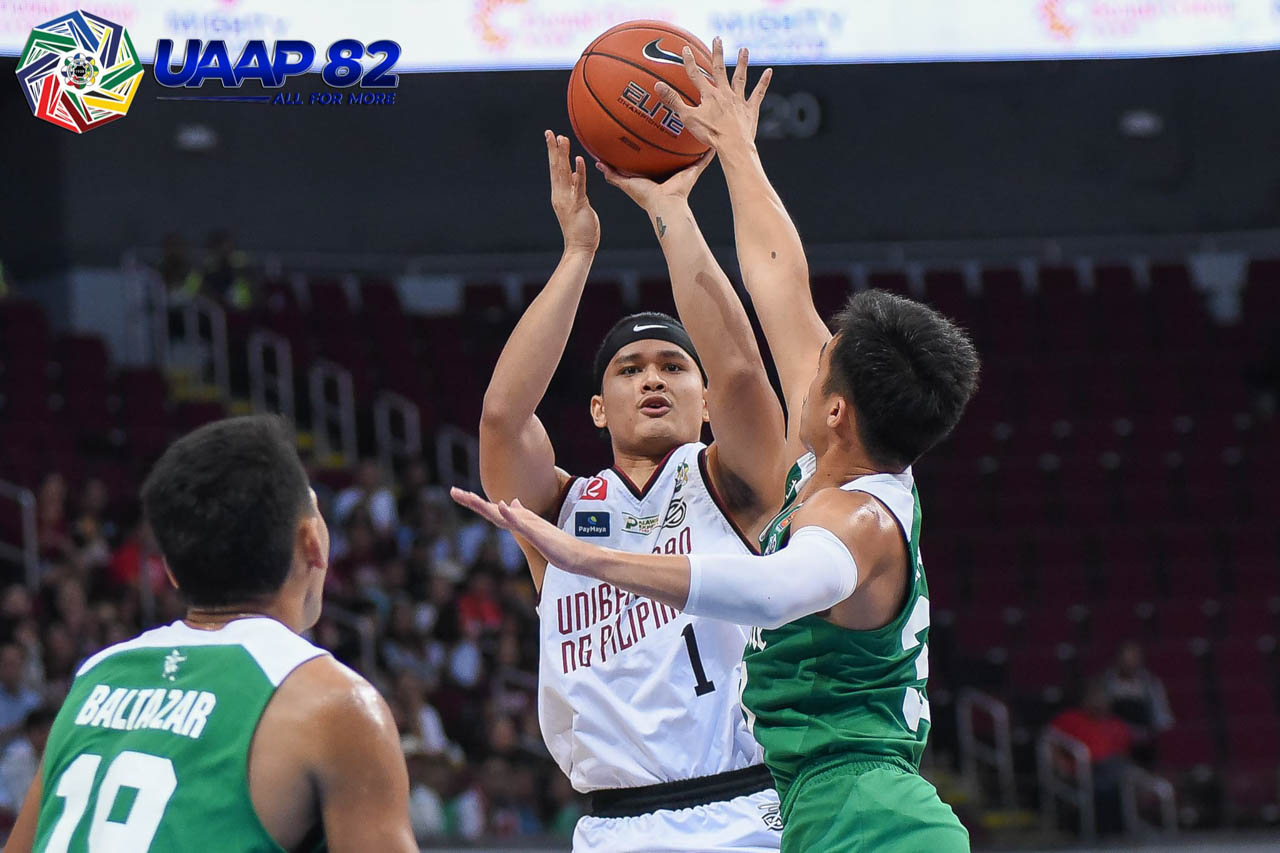 CLUTCH. Juan Gomez de Liau00f1o does what he does best, lifting the Maroons past the Green Archers with a game-winning triple with just 7.8 seconds left. 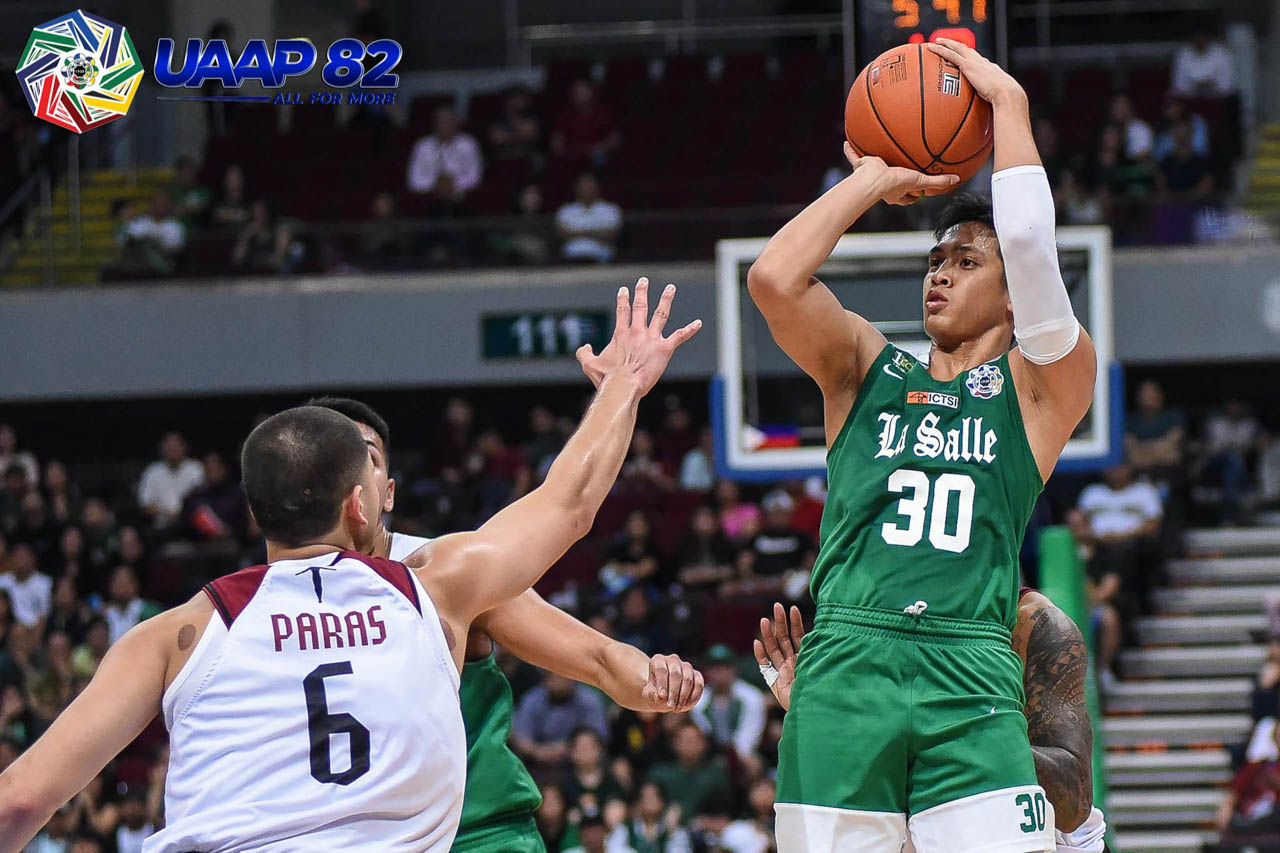 HEARTBREAKER. Andrei Caracut fires 16 points to lead La Salle before UP winds up spoiling their bid for back-to-back wins. 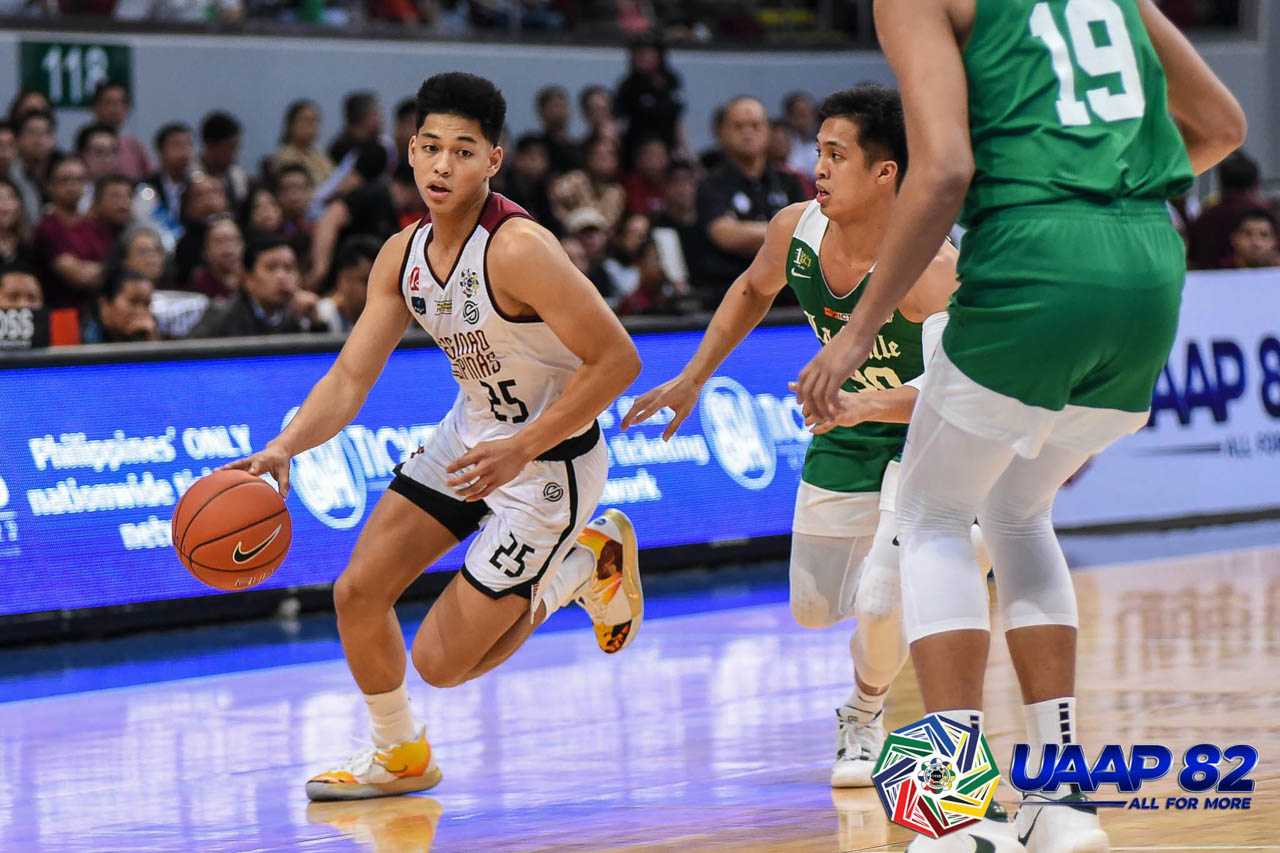 WILD 'N WINNING. 'My team is just like leading a chariot with wild stallions,' says UP coach Bo Persaol. 'One goes to the right, one to the left, one to the middle, but come winning time, they get their acts together.

We get the win, what can I say?' Photo release