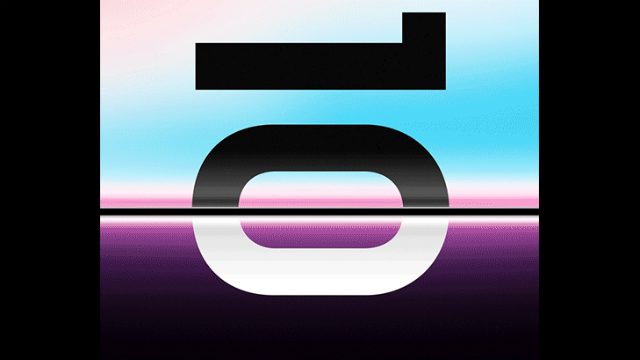 MANILA, Philippines – We’re less than a day away from Samsung officially pulling the curtains back on the latest addition to its flagship S line, the Galaxy S10.

It’s been widely reported that Samsung will launch 3 devices at the event to be held in San Francisco: the standard S10, the larger S10 Plus, and the more affordable Galaxy S10e. If you're looking to stay up for the reveal, you can watch the livestream on this link on Thursday, February 21, 3 am, Philippine time.

Here’s a roundup of what features and specs to expect from those devices.

The most noticeable difference between the 3 will likely be screen size.

An image shared by popular leaker Evan Blass last December reveals that the so-called Galaxy S10e has the smallest screen among the 3 at 5.8 inches while the Plus has the largest at 6.4 inches.

The standard S10, meanwhile, sits at the middle of the two at 6.1 inches.

Not a lot changed from the Galaxy S8 to the Galaxy S9 in terms of design. This, however, will not be the case for the Galaxy S10 as leaks have suggested that Samsung has found another way around the notch.

Enter the hole-punch design, which is essentially a tiny hole on the upper right side of the screen that houses the selfie camera to accommodate it’s expansive, near bezel-less Infinity Display.

The devices are also expected to come with a 3.5mm headphone jack, a USB-C port, and a speaker at the bottom.

Another recurring rumor suggests that the upcoming devices will come with an in-screen fingerprint scanner.

Samsung was reportedly pressured to include the feature since new phones from Vivo and Huawei have them.

Blass claims the company has incorporated Qualcomm’s third-generation ultrasonic scanners for the standard S10 and S10 Plus.

These scanners allow users to scan their fingerprints and unlock their phones even if their fingers are wet, as pointed out by CNET.

On top of this, Samsung is said to be dropping the iris scanner in favor of an improved 3D facial scanner – similar to the one found on the iPhone X.

The Galaxy S10e, meanwhile, will include a more basic optical scanner.

A report from TechRadar suggests that it will consist of a 12-megapixel (MP) with f/1.5-f/2.4 variable aperture, 16MP with f/1.9 aperture, and 13MP shooter with f/2.4 aperture. Blass adds that 3 lens are standard, wide, and telephoto.

It will also feature a 3D sensor for augmented reality content.

The front-facing camera, on the other hand, might be able to shoot video in 4K.

Under the hood, the Galaxy S10 reportedly ships with the Snapdragon 855 processors for the US while other regions get the Exynos 9820. These chips support 5G, but speculations hint at Samsung releasing a separate 5G variant.

There’s a possibility for the S10 Plus to boast as much as 12GB of RAM. If not, it will surely have 8GB similar to the standard S10. As for storage size, the S10 could come in 128GB and 512GB models while the S10 Plus could offer as much 1 terabyte (TB).

While prices may vary from market to market, the suggested prices that are often leaked provide an accurate range for the local price.

As for the top-of-the-line 1TB model, we expect it to be slightly lower than the P78,000 expected price in more developed foreign markets, likely around P75,000. – Rappler.com