MANILA, Philippines – Who are the 10 most followed Filipinos on Twitter?

Twitter released its first #YearOnTwitter (#YOT) in the Philippines report on Tuesday, December 6. See who Filipinos deemed to be the most follow-worthy this year. 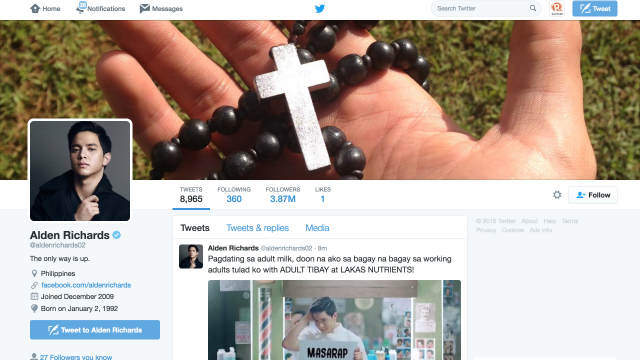 Despite being tenth on the list, Richards has probably one of the most highly-engaged followers. His tweets get thousands of retweets and likes. See a few here: 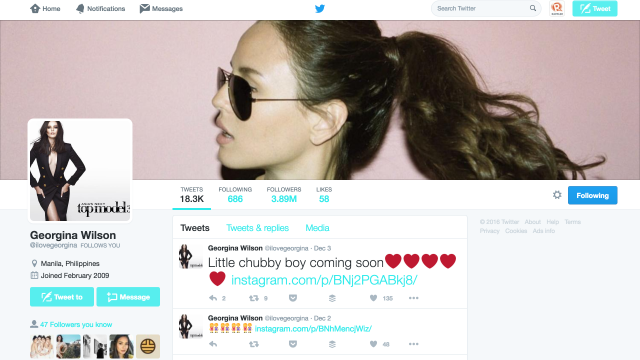 Her top tweets this year included both a brand endorsement and her support of vice presidential candidate Bongong Marcos in the May 2016 national elections. 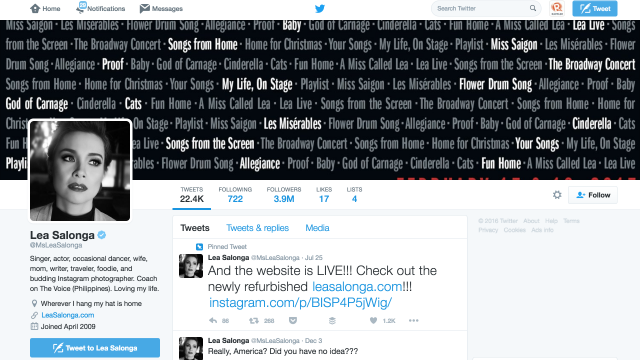 On Twitter, Salonga is very vocal about her advocacies. See some of her top tweets this year below:

An exception to the list, this account is not the personal handle of a celebrity. Created in November 2009, @ohteenquotes tweets relatable things to the average teen.

"A lot of millennials flock to Twitter and express themselves. There’s a lot of authenticity," said Dickson Seow, Head of Communications for Twitter in Asia Pacific.

See some of its top tweets: 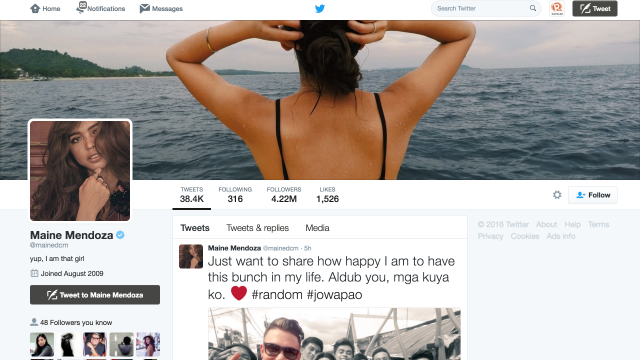 Mendoza is the second half of the love team phenomenon, AlDub. She rose to Internet stardom in 2015 for creating hilarious Dubsmash videos.

Despite being late to the fame game, she took the number 6 spot in the most followed list this year. Her account was first registered to Twitter in 2009. She began tweeting in 2014. 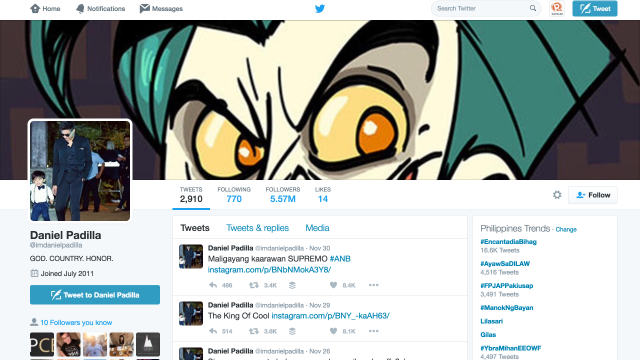 Padilla is an actor and a recording artist. He is Niel in the viral love team #KathNiel. As the center of an engaged community, the tandem has trended almost every night since 2013.

His top posts this year involved promoting his better half, Kathryn Bernardo, for the 2016 Nickolodeon Kids' Choice Awards.

Same post, different days. But still, he garnered high interactions for his tweets.

She is Kath in #KathNiel. A million followers ahead of her partner, Daniel Padilla, Kathryn Bernardo takes the 4th spot. 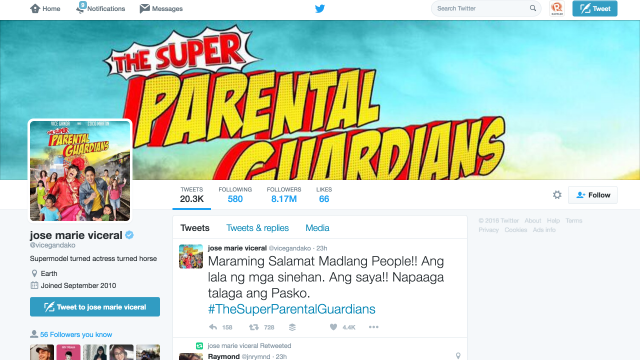 Actor and comedian Vice Ganda took the 3rd spot as the most followed Filipino on Twitter.

He created his account in September 2010 and his first tweet was dedicated to promoting the then one-year-old television variety show Showtime. 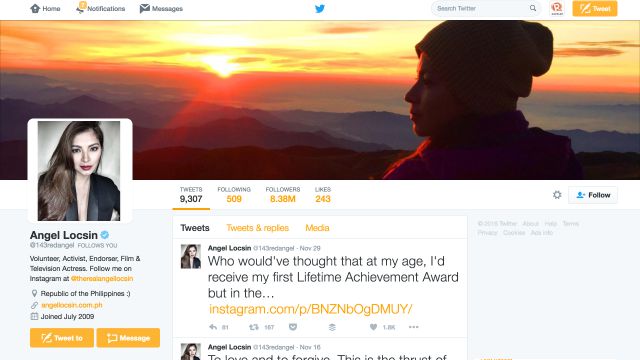 Angel Locsin is an actress and a commercial model. In 2010, she became FHM Philippines' sexiest woman.

She joined Twitter in July 2009 but only started tweeting in October of that year. 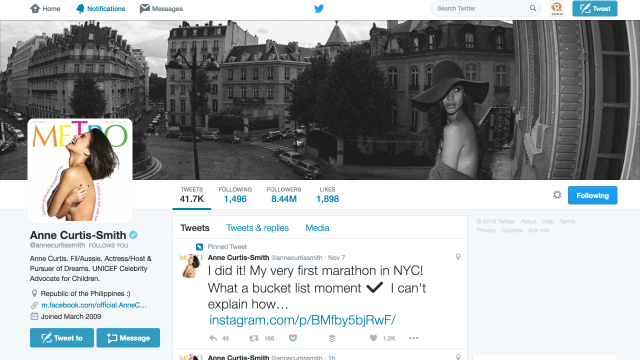 is wondering why all her friends have suddenly joined Twitter. Curiosity killed the cat... and here I am in Twitter World. — Anne Curtis-Smith (@annecurtissmith) March 10, 2009

None of her tweets this year beat her best performing tweet from 2015, a welcome to the Pope on his visit to the country.