President Rodrigo Duterte says he only wants Chief Justice Maria Lourdes Sereno out of the Supreme Court but not in jail. President Rodrigo Duterte apologizes for the 2010 hostage-taking that killed 8 Hong Kong tourists, during an event in Hong Kong Thursday. Former FBI director James Comey, in his new book, says United States President Donald Trump is like a mafia boss who demanded absolute loyalty, saw the entire world against him, and lied about everything. 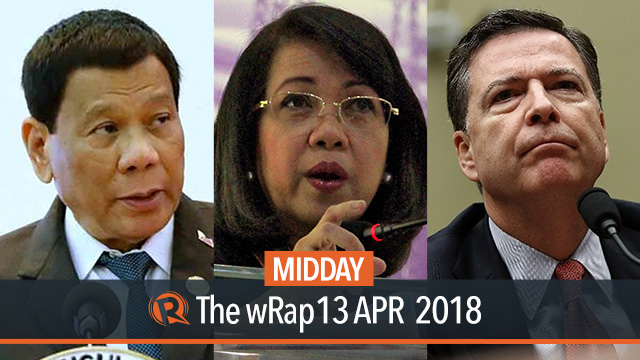