Tropical storm Vinta slightly weakens after crossing Davao region. President Rodrigo Duterte, in his Christmas message for 2017, calls on Filipinos to be compassionate to others, including to those who have suffered due to the months-long siege in Marawi City. The United Nations rejects the United States move to recognize Jerusalem as Israel's capital, with the Philippines abstaining from voting on the U.S.' decision to transfer its embassy to Jerusalem. 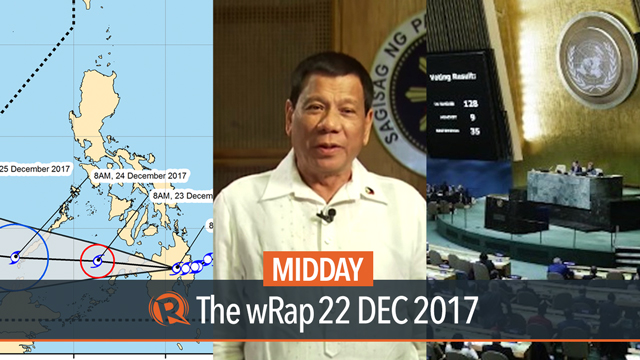