The year 2015 saw a significant spike in Rappler's video views, and as the year draws to a close, we look back at 10 of the most watched:

Running for more than an hour, Davao City Mayor Rodrigo Duterte's speech at his first public appearance with running mate Senator Alan Peter Cayetano on November 29, 2015, was peppered with stories about his women, killing criminals, and his push for federalism. Nevertheless, it drew very strong, although mixed reactions – supporters lauded Duterte's honesty, while critics were aghast at his expletive-laden speech.

When Pope Francis came to Manila in January 12, 2015, he was met with much adulation. Rain or shine, the throng took to the streets for a glimpse of the Catholic Church's leader.

A triathlon is not for the faint of heart. These athletes who swim 3.8 kilometers, bike 180 kilometers, and run 42 kilometers back-to-back-to-back show that the spirit can be more powerful than the body.

This was the highlight of the Miss Earth 2015 coronation night held in Vienna, Austria last December 5, 2015. Miss Philippines' Angelia Ong won the pageant, drawing mixed reactions from both proud Filipinos and disgruntled viewers.

Probably the biggest scandal to shake one of the Philippines' major religious groups, this video from July 23, 2015 shows Angel Manalo, brother of Iglesia Ni Cristo executive minister Eduardo, hitting the alleged "corruption" of Iglesia leaders belonging to the Sanggunian. Prior to this, Manalo released a video of him and his mother saying their lives were in danger.

On September 15, 2015, Vice President Jejomar Binay attended a forum at the University of Philippines' Los Baños campus. The standard-bearer of the opposition United Nationalist Alliance (UNA) answered questions from a critical audience, ranging from corruption, agrarian reform, contractualization and human rights. There were heated exchanges between Binay and some students, as seen in this video.

During the question and answer portion of the pageant, winner Angelia Ong was asked to come up with a slogan for the next 15 years of Miss Earth. Angelia answered, "We will, because we can."

Pope Francis celebrated Mass with "6 to 7 million" singing and cheering Catholics in the Philippine capital on Sunday, January 18, in one of the world's biggest outpourings of papal devotion.

Pope Francis holds hands with children as the people attending the youth encounter at the University of Santo Tomas sing "Tell the World of His Love" on January 17, 2015. The song, which was the theme song of the 1995 World Youth Day celebration in Manila, still resonates with the Catholic faithful.

In October 2015, Rappler spoke with Rodrigo Duterte – Davao City mayor, federalism advocate, and reluctant presidential bet. A man of contradictions, he curses profusely but can be congenial and charming. He is a self-declared leftist but has no qualms being a dictator. He says people should follow the rule of law but boasts of having taken the law into his own hands. Is the Philippines ready for a Duterte presidency?

The dominant themes of the most viewed videos of 2015 were discord, hope, and happiness. Discord, as seen in the schism that divided the Iglesia, hope as seen in the undying faith in, and love for, spiritual leader Pope Francis; and in the desire for a new leader like Rodrigo Duterte; and happiness in the victory of Ms Philippines Angelia Ong in the Miss Earth beauty pageant.

What themes will dominate 2016? We'll find out in the next few months.

Marga writes about tech, sports, and music, but her actual role in Rappler is to tinker with tools so that storytellers could thrive. 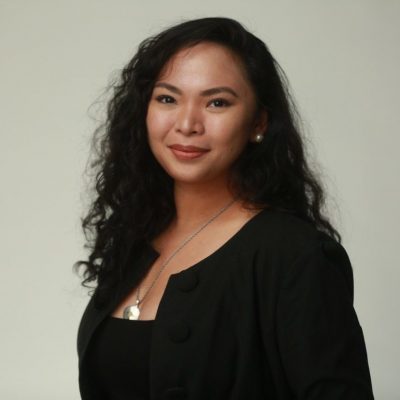