[OPINION] Why am I not in favor of restorative justice 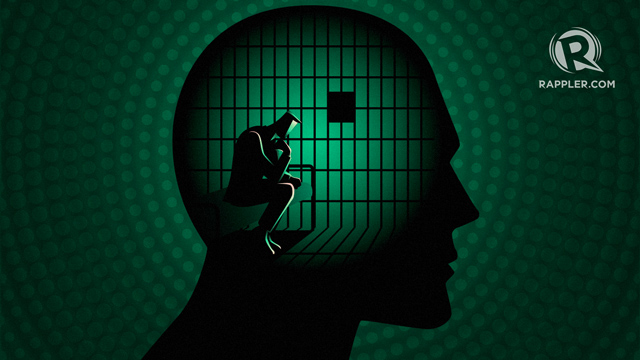 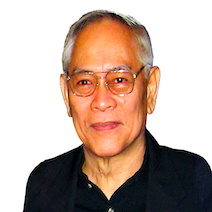 Reform is only a by-product, albeit a desirable one. However, it is up to the prisoner to reform himself. After all, there is only one thing that a person can really change, and that is himself. Similarly, the state has nothing to do with reforming the prisoner; rather, it should reform itself – its laws, its system of justice, and its collective morality. (Read another point of view in Raymund Narag's piece.)

Let me extend this further:

Executions should be made public to drive home the lesson that wages of heinous crime is death.

Let us stop being bleeding hearts and being politically correct. Let us see prison for what it really is, and what it is meant for. Therefore, laws governing the penal system should be revised and simplified to the end that punishment is what it is all about. If at all, the sentence of reclusion perpetua should be served for at least 60 years, and it should be served consecutively with no hope of commutation or pardon. As an act of mercy, the state may order the automatic release of prisoners who have reached 80.

In the meantime, there should be no special treatment whatsoever for any prisoner, whomsoever he may have been prior to incarceration.

The rapist-murderer Antonio Sanchez, then mayor of Calauan, Laguna, with 6 henchmen, was convicted in 1995 of the rape-slay of UP student Eileen Sarmenta and her boyfriend Allan Gomez. In 1996, the mayor and 3 cohorts were found guilty of killing Nelson Peñalosa, a leader of Sanchez’s political rival, and his son. The Supreme Court upheld both convictions in 1999.

Those were not ordinary crimes. They were perpetuated by a town mayor and his bodyguards, some of whom were policemen led by no less than George Medialdea, then the deputy chief of Calauan police. They abducted Sarmenta and Gomez and brought them to Sanchez’ resthouse at Barangay Curba as a birthday “gift” to the mayor. The mayor then brought Sarmenta into the house and raped her the whole night, while Gomez was beaten senseless outside. The next day, the pair were driven to a sugarcane field in Sitio Paputok, Kilometro 74 of Barangay Mabacan. Along the way, Gomez was shot and dumped on the roadside. At the cane field, Sarmenta was gang-raped, shot through the mouth, and left behind.

To be brutally descriptive, the medico-legal report showed that the semen found in Eileen Sarmenta filled a can of sardines. “Oozing spermatozoa, Dr. Vladimir V. Villaseor explained, means that the amount of semen was too much for the vaginal canal to contain and that the whitish fluid continued to ooze from Eileen’s vaginal opening even hours after her death.”

Indeed, Pasig Judge Harriet Demetriou who tried the case described the crime as being borne out of a “plot seemingly hatched in hell.”

Most people – save for the convicts themselves – are unaware of the following facts regarding reclusion perpetua:

[1] Multiple sentences are served simultaneously, not one after the other, as government lawyers scrambled to explain.

[2] A convict’s stay in jail cannot exceed 40 years, no matter how many reclusion perpetuas are slapped by the court.

[3] Even the 40-max is shaved off by GCTA or good conduct time allowance.

And it’s No. 3 that further whittled down the term of Sanchez and thousands of other convicts this year.

Is it not dangerous to believe that extremely evil people can change for the better? Can a tiger change its stripes? Should we have predators released back into human society simply because of “good behavior”? Better be safe than sorry, don’t you think?

In 2006, a complaint was filed against Sanchez after he was found in possession of marijuana.

Four years later, he was again in the news after P1.5 million worth of shabu was discovered stashed in one of the Virgin Mary statues inside his cell in the Maximum-Security Compound of the New Bilibid Prison.

After 5 years, during another raid inside the Maximum-Security Compound, authorities seized from the former mayor’s cell (actually a “kubol” or sort of booth built on the maximum-security prison grounds) a flat-screen television, an air conditioner, and a refrigerator.

Here’s the real skinny on Sanchez: He lived a luxurious life while continuing his drug business with the use of a cellphone.

Sanchez loves to get on his knees saying the rosary as much as loves saying “Praise the Lord.” Would that count as good behavior? I’m sure he prayed the rosary after what he did to Sarmenta, Gomez, and the Peñalosas.

When we lump a bunch of miscreants together in a prison, they only get worse as they learn from each other techniques that would be useful in committing crimes.

Lastly, let’s do the math. Lots of people think that Sanchez and each of his cohorts involved in the two criminal cases – sentenced to 40 years of reclusion perpetua – would be imprisoned for a total 360 years behind bars. That’s not going to happen, because no matter how many life sentences may be imposed, under the law these are to be served concurrently rather than consecutively.

Worse, under the GCTA law as computed by the famed and amazing mathematicians of the Bureau of Corrections (BuCor), we even owe Sanchez 9 years' worth of freedom due to his delayed release!

Most importantly, can a well-heeled prisoner buy his way out via GCTA?

Not that we want these people to rot in jail. No, we still have the civility of buying them right there, even if they left their victims to rot where they left them.

In my book, the only people who can sympathize with the likes of Sanchez, et al are those who are even sicker. – Rappler.com

Albert Lesaca was Director of Information Systems and Software Development at the Department of Technology, and also worked for the House of Representatives' Committee on Appropriations. He is currently enjoying retirement, dabbling in computer applications and writing short stories about his adventures.