The Philippines is on the brink of a climate inferno

In about 4 billion years, the Sun will leave the main sequence and will evolve into a Red Giant. While this stellar evolution is a spectacular cosmic phenomenon, it marks as well the complete annihilation of life on Earth.

But long before that, in only about half a billion years, “the Sun gets bright enough to trigger a runaway greenhouse effect and turn us into Venus, sterilizing all life on the Earth,” warns Raymond T. Pierrehumbert, a veteran climate scientist who was recently appointed as the Halley Professor of Physics at Oxford University.

However, Pierrehumbert argues that if we survive long enough, the human race can invent technology that can easily block enough sunlight to save the Earth from a runaway greenhouse effect. This translates to another 4 billion years of habitability, which must be an overwhelming achievement for mankind – and by extension, all other life forms on the planet.

But not so fast in opening the party wine, though. We have to stay alive in the next two centuries first. And if economies, big and small, continue to rely on dirty energy as they have done in the past, we may never have that chance.

Is the Philippines on the wrong side of history?

Despite the global trend of shifting from coal to renewable energy, the Aquino administration has taken the opposite track, and the one to succeed it is bound to do the same. The former approved the operation of at least 27 coal-fired power plants ironically no more than a month after the UN Climate Talks in December 2015. The latter came to the defense of a $4-billion coal investment, arguing that the project is needed to ensure investors of a stable power source.

President-elect Rodrigo Duterte, also known as the “Donald Trump of the East,” went a little further by lambasting former US vice president Al Gore and calling the United Nations “hypocrites” for telling developing nation states to go carbon-free while failing to sanction industrialized countries that are major contributors to the global carbon footprint. 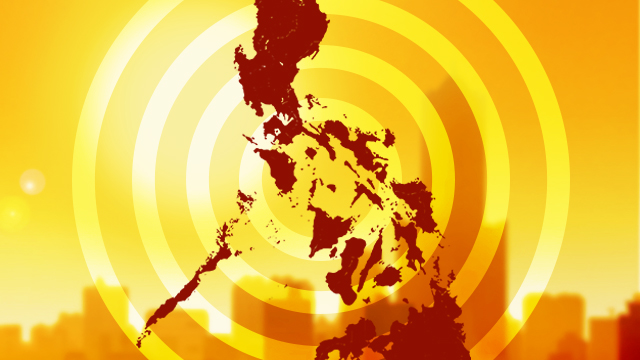 Senator Loren Legarda, who was recently named by the United Nations as Global Champion for Resilience, also wonders why the Philippines is lost in track when the global demand for coal is slowing down. Legarda said that the country’s “consumption of coal has been on the upswing, which increased by 27% between 2012 and 2014.”

Climate-skeptic leaders justify the use of coal-fired power plants because the technology used is widely available and economically cheap.

Legarda challenged this argument and noted that the country has 246,000 megawatts of untapped solar, wave, steam, biomass, and hydro resources. This quantum of indigenous renewable energy potential is 13 times more than the currently installed capacity, more than enough to make the Philippines fully energy self-sufficient.

The world simply has no time and space for climate change skepticism. Further delays in coming up with a political consensus to address the challenges of climate change can be catastrophic, especially to developing countries and small economies.

According to the World Meteorological Organization (WMO), the Tropical Pacific is much warmer than average, exceeding 1°C over much of the central and eastern equatorial Pacific, consistent with the trademark of a strong El Niño. Therefore, even a minimal increase in the global average temperature will translate to a more devastating effect to tropical countries like the Philippines.

The WMO also pointed out that the country is growing more vulnerable to natural disasters, as its water levels are projected to rise up to 10.2 centimeters every 10 years – 3 times more than the global average!

The ambition of the Paris agreement is to set the limit of the Earth’s warming to only 1.5 °C instead of 2 °C. It is impossible to hit this target if the country does not break free from fossil fuels. If we do not act fast enough, it will come as no surprise that the Philippines will lose its territories not to an economic superpower that is China, but to rising sea levels engulfing its islands.

Looming energy crises should never justify the use of energy from fossil fuels. While coal is economically cheap, it can cost lives. Our continued dependence on dirty energy grossly undervalues the future and therefore violates the principle of intergenerational neutrality. This concept is when people of the present think their existence is far more important than the welfare of future generations.

British physics superstar Stephen Hawking has some words for mankind, and they are scary and prophetic: That humanity is at risk from a series of dangers of its own making. He said that even more than natural disasters, there are higher chances that our planet will be destroyed because of human aggression. He further noted that “it may have had survival advantage in caveman days, to get more food, territory or partner with whom to reproduce, but now it threatens to destroy us all.”

Our greed of satiating our high energy demands to boost economic growth even at the expense of the environment will surely make the succeeding generations pay the big price. If we fail to take a fair share of responsibility in making our planet healthier and more livable, then we can begin refocusing our efforts to space exploration and spread humanity to the solar system.

Capitalizing on the energy of the youth

Young people across the globe are risking arrest by demonstrating and demanding action to mitigate the effects of climate change. Break Free is one of the largest anti-coal movements in at least 15 countries worldwide, including the Philippines. 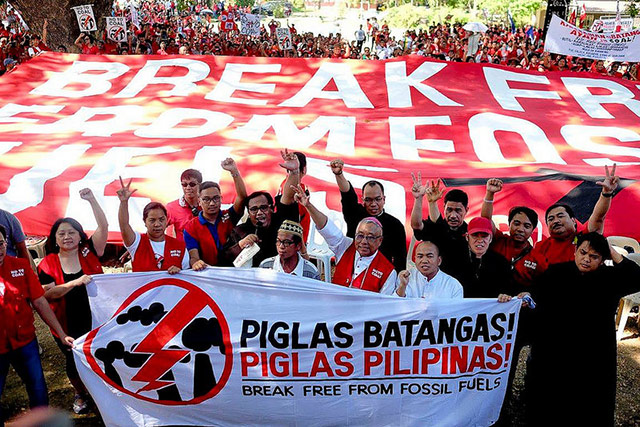 NO TO FOSSIL FUEL. Protesters advocate breaking free from fossil fuels at the Piglas Pilipinas event. Photo from https://breakfree2016.

On May 4, over 10,000 people gathered in Batangas, Philippines, for the “Piglas Batagas! Piglas Pilipinas!” campaign. Piglas is a call for the incoming president and other new government officials to scrap the Pinamucan coal plant and the 26 other coal-fired power plants in the pipeline. It is also a demand for the phaseout of the 19 existing coal plants nationwide.

Now that the Philippines will be under the administration of another coal-minded president, we can expect another drama of slow energy transition from fossil fuels to renewables. But eco-illiteracy isn’t something we can endure for the next 6 years under the new leadership. We have to do something and get involved in changing the climate situation.

To quote Al Gore, the will to act is in itself a renewable energy. We have reached a point wherein young people are no longer afraid to speak up and make their voices heard. We do not want a government dictating what to do and how to do it.

We protest not to beg for a fast and responsive climate action from the government, but rather to demand it. For when those in leadership positions turn a blind eye to the reality of climate change, and refuse to heed the call to break free from fossil fuels, we will always be here to make a motion. And they are not going to like it. – Rappler.com

Roy Joseph R. Roberto is the Philippine Youth Ambassador of Goodwill to the 42nd Ship for Southeast and Japanese Youth Program (SSEAYP). He is currently a Climate Tracker of the Adopt a Negotiator Project, a worldwide online writing campaign against fossil fuels.