[OPINION] How the Philippines can repair its culture 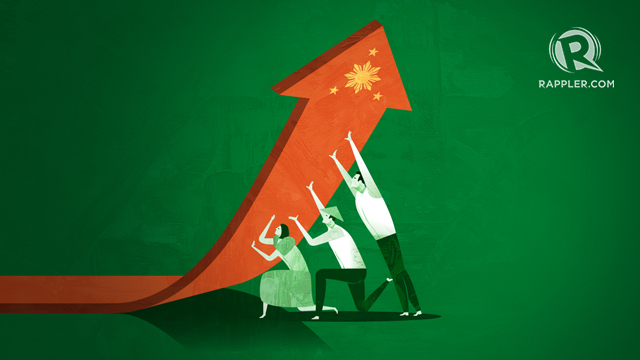 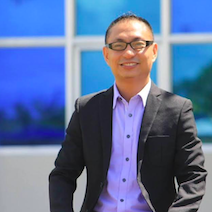 James Fallows is depressingly precise, but not that accurate.

This is my take regarding his article "A Damaged Culture: A New Philippines?" published a little more than 3 decades ago in The Atlanta Monthly. Not surprisingly, the finalist for the National Magazine Award in the US has remained a subject of controversy and attention in the Philippines, especially among scholars in the academe, technocrats in the business world, and pundits in the complex world of politics. It is brilliant, therefore, that such is required literature in the University of the Philippines in the study of Philippine culture and society.

Fallows, an investigative journalist, stayed for only 6 weeks in the country, apparently the same period he had sourcing information for his highly divisive article. One of his most controversial comments in his 9-page sociopolitical thesis was when he said that the Philippines paradoxically illustrates that "culture can make a naturally rich country poor."

He also underscored how slow the country progressed (even regressed) compared to its neighboring economies. He cited "distressing" concerns regarding manufacturing, agriculture, services and other industries, "geographic fracture," natural resources, and population explosion as if he were describing the same pressing issues of today. Using Smokey Mountain as a metaphor, Fallows concretely showed how "Philippine poverty seems more degrading" than what was expected.

All these, for Fallows, may have stemmed from one root, which is cultural. "It should be thought of as a failure of nationalism," he said.

This, for me, is easily agreeable a point. Culture is key to national progress. Up to this point – and perhaps colonialism, geography, and ethnicity may play a big part in this – Filipinos still cannot agree with what really is a Filipino identity. The still-unanswered essential questions are: Who is a Filipino? What makes a Filipino, Filipino? What is the collective Filipino heritage, culture, and history? Are Filipinos really worth dying for?

Many, until now, wish to live the American Dream and abandon their citizenship for a green card without blinking an eye. We have 15 million OFWs now all over the world, with some having no plans of returning to their homeland. What makes it depressing is that it is not their fault. The reality is that Filipinos, for survival and in pursuit of happiness, are compelled to go abroad, as staying home is a form of socioeconomic and (probably) political suicide.

Furthermore, with a disclaimer that some things have gotten better and that "the economy has stopped shrinking" after the EDSA Revolution and since the Marcos dictatorship, Fallows argued that the "change" that happened is not exactly an authentic "social change" as cried about by the Filipino majority in 1986, but sort of a mere changing of the guard, a proverbial switch of the same dogs with different collars.

The continued rule of the new elite, as Fallows insinuated, in this "post-kleptocratic economy" is simply affirming the Marxist appreciation of social dynamics. It is as if, 30 years hence, the rich are still getting richer and the poor, poorer. It is as if the very few capitalists and imperialists in the guise of business magnates and billionaires still govern the country's major industries (even clinically killing small businessmen, entrepreneurs, and producers in the process). These 20 or so ruling families practically lord over the tens of millions of workers and peasants who continue to sustain life with their meager salary. The social triangle, then and now, is still bleakly upright, and many believe that there seems to be no bright light on the horizon. In many ways, Fallows was precise in painting a picture of what had happened to the Philippines after the Marcos era. Indeed, the average number of middle class Filipinos has increased over the decades, yet the poor and the underprivileged are also increasing exponentially.

I had this feeling that, during the time of President Noynoy Aquino, the country was right on its way to healing. It was sort of an antithesis to Fallows' arguments. We were considered to be the most economically robust in Asia. Industries like BPOs, electronics, communications, transportation, property, and services were carrying a blue chip. The education sector had made a quantum leap in adding two more years to its basic education to be at par with the world. Trust in government institutions was slowly regained.

As to Duterte's over 3 years in government now? Well, his unorthodox ways of proceeding seem to be almost bringing us back to the Marcos era. Prices of basic commodities are skyrocketing; corruption in government is more of a norm than a thing to be appalled at; human rights are trampled upon; social institutions are degenerating; the words of the executive are now treated more as garbled rubbish than remarks to be taken seriously from a true statesman; principle-based politicians are a rare (almost extinct) species; Congress has transformed into the despot's rubber stamp; and our international relations with our traditional economic partners are strained. But there are still a few beams of light showing here and there in terms of infrastructure and crime prevention, somehow.

Nonetheless, I believe that the Philippines, with its flaws and limitations as Fallows observed, is still a country with a purpose, a country with a bright future. I have this feeling that as a people, we are slowly getting our "Filipino identity" more defined. We are slowly letting go of our ways that did not work for us in the past. Slow, but sure, I pray.

For one, Filipinos are more empowered now. This is a culture we must celebrate. In 1972, Martial Law was declared, only for Ferdinand Marcos – Guinness World Record holder for being the second most corrupt politician of all time – to be toppled by People Power in 1986. Today, we oust erring public officials (or at least make them aware that people ask for their accountabilities) through the equally aware and critical media as well as religious, non-governmental, and anti-graft institutions. Our weapons – social media and cell phones – are more sophisticated than ever. Everyone has equal say and everyone is somehow heard. For sure, Fallows did not anticipate this would happen. His social analysis was limited only to what had happened and what could happen given the old setting.

Secondly, many from the middle class are now stepping up in the political and socioeconomic sphere. This is good evidence that the wheels of change are turning, albeit slowly. The hope that meritocracy, democracy, and decency prevail over plutocracy, partiality, and kleptocracy in national and local institutions is creeping in the halls of government. Perhaps the product of this is the increase in the delivery of social services not just in education, but also in health care and other advocacies. Much remains to be done, however, especially if the government is still being led by an executive with a masochistic and ludicrous penchant for promising things he cannot fulfill.

Thirdly, the country's educational system, no matter how challenging, is in the right direction. The K to 12 reform is on its way to full rollout. More scholarships are offered to poor yet deserving students by the Department of Education, Commission on Higher Education, and Department of Science and Technology, to name a few. Since culture is best molded through acculturation, enculturation, and socialization in schools, this kind of development will truly have a great impact on national development in the process.

Fourthly, government institutions are more stable right now than during the presidency of Cory Aquino. Despite all the imperfections of the present administration, the offices are more respected and self-sustaining. During Marcos' time, everything depended on the dictator. During Cory, the institutions were still in their infancy-transition state, hence the coups and major political squabbles. Stable government institutions beget a more productive economic and social atmosphere.

A country, to move forward, must need people – not just leaders – with a strong culture, a strong sense of nationalism. This, for Fallows, is essential.

I respectfully offer a counterproposal.

I agree that for a country to advance, its people must have a strong culture. But it need not necessarily be a culture with a strong sense of nationalism. I believe that what is needed is a culture with a strong sense of humanism that focuses more on the value of human beings, individually and collectively. Love of country is still of value. But this may mislead Filipinos into not loving other countries or preferring one country over another. This can even lead to a divisive or confused society. A country with a humanistic culture – like that of many first world countries – is a country that puts a premium on human dignity, objectivity, meritocracy, and reason.

The world is getting smaller and borderless. The peoples of different countries are now redefining themselves in terms of cultural sensitivity and diversity. It seems that nationalism is becoming an old slogan effective only for the old world. It had its purpose in the past and we truly appreciate that. But modern Filipinos, with all the new things and developments they experience, may find nationalism so abstract that it is difficult to embrace.

I propose that the Filipino people transcend from having a "damaged culture" to having a more "humanistic culture" that is relevant in today's world. If we have this change of framework, then we can have a new pair of eyes looking at the dynamics of boundary-less labor exchange, business transactions, research and technology, education, and the like. We will start opening our horizons to new possibilities instead of just getting stuck with domestic practices that are proven to be regressive and outdated. This does not mean letting go of one's lineage or identity. On the contrary, this means celebrating human brotherhood amid diversity.

James Fallows may have been precise in describing the state of the Philippines and its people then, over 3 decades ago. But I believe that he was remiss in generalizing that the antidote for such is nationalism. He was also marginally inaccurate in predicting what would happen to the Philippines after Cory. His cultural prescription, however, has made me want to diagnose the world in another perspective that may be applicable to the modern world, to the modern Philippines, and to the modern Filipinos. In fact, it has made me wonder and ask:

Why define Filipino identity in the language of nationalism, if we can redefine it in the dialectics of internationalism?

Why not aim for development as a nation for the world?

Why not act locally, but think globally?

Why not see things – economics, education, politics, society, ethics, and whatnot – in the universal eyes of love, service, and excellence?

Hence, for me, a Philippines with a life-giving humanistic-internationalist culture – free from the poison of narrow-mindedness, corruption, parochial mentality, oligarchy, violence, bigotry, prejudice, and greed – will surely turn the social triangle upside down and make this naturally rich country rich again.

This, I pray, we will able to do as a nation with a "repaired culture" in the near future. – Rappler.com

Herman M. Lagon, 44, is the principal of a private school in Iloilo. He is a licensed civil engineer, physical science teacher, and guidance counselor who believes that YouTube, if utilized wisely, can be one of the most empowering tools of the modern world.