Abortion? Vote according to compassion, conscience

No woman should die from abortion complications. Deaths due to unsafe abortion are preventable deaths. Most of the women who are hospitalized and die from these complications are poor, Catholic, married, with at least three children. (READ: A hard look at abortion in the PH)

The main reason why women are hospitalized and die from unsafe abortion simply the penalty imposed by the law on women and those assisting them by an archaic colonial Spanish law.

The Philippine penal law on abortion is only one of 6 countries in the world with the most restrictive prohibitions on abortion. This penal provision was directly translated into English from the old Spanish Penal Code of 1870 which was passed into law in 1930, way before many of us were born.

A time when the major international human rights treaties such as the Conventions on Civil and Political Rights, Economic and Socio-Cultural Rights, Torture and Women were not yet in place.

This change can happen through a specific law removing the penalties for the women inducing abortion and safe abortion providers assisting them. (READ: Isn't it time to legalize abortion in the PH?)

As long as abortion remains illegal, women will be hospitalized and die from unsafe abortion because they do not seek medical attention, they delay medical care, or they leave the health facilities when they are subjected by certain health care providers to humiliation and threats of prosecution and arrest. (READ: Death by stigma: Problems with post-abortion care)

These health care providers who deny access to post-abortion care can be made liable for violating the Reproductive Health Law requiring humane, compassionate, and non-judgmental post-abortion care, the Magna Carta of Women requiring management of pregnancy related complications and Republic Act 8344 requiring the stabilization of patients in emergency situations.

Contrary to the misconception of doctors, there is no law requiring doctors to report women who induce abortion.

PD 169 requires medical practitioners who treated serious or less serious physical injuries covered under articles 262-265 of the Revised Penal Code to report injury, diagnosis, and treatment. Articles 262-265 do not refer to abortion.

The one billion budget cut on contraceptives, the lack of access to sexuality education, the low usage of modern contraceptives at 38% contraceptive prevalence rate, and the high rate of adolescent pregnancies will surely raise the number of unwanted pregnancies ending in unsafe abortion.

I remember the former Health Secretary Dr. Alberto Romualdez who courageously said that abortion is a medical procedure, not a moral issue. It is outrageous that until now our country criminalizes women for a medical procedure that only women need. Certainly, this is discrimination against women.

In disbelief, a Japanese reporter came up to me after the press conference and said, “I cannot believe that abortion is illegal in the Philippines.” This is much like what I commonly face in international conferences when foreign human rights advocates would exclaim to me in surprise, “There’s no divorce in the Philippines?!”

Human rights advocates including myself have been successful in decriminalizing discriminatory laws such as certain provisions in the vagrancy law, the anti-squatting law.

I am confident that public officials will heed the needs of women and their families who are gravely affected by this urgent public health issue and the clamor to decriminalize abortion.

Increasing access to contraceptives, strengthening quality post-abortion care, providing safe and legal abortion, addressing gender-based violence such as rape, intimate partner violence and trafficking are ways to lower maternal mortality and morbidity related to unsafe abortion and meeting the state’s commitment to reduce the global maternal mortality ratio to less than 70 per 100,000 births under Target 3 of the Sustainable Development Goals. 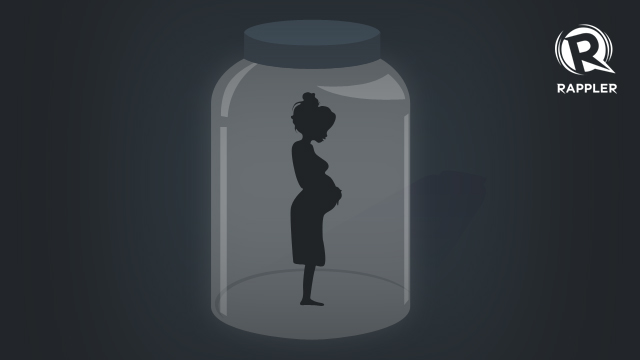 Predominantly Catholic countries and former Spanish colonies have liberalized their laws on abortion with Spain with Prime Minister Zapatero at the helm of legalizing abortion on request during the first 14 weeks of the pregnancy in 2010 and other predominantly Catholic countries such as Belgium, France, Italy, Portugal, Poland, Hungary, Costa Rica, and Ireland and former Spanish colonies such as Uruguay and Colombia allowing abortion on certain grounds leaving the Philippines to contend with its antiquated colonial Spanish law.

Mexico City, a predominantly Catholic city, even provides safe and legal abortion for free. Asian countries such as China, Japan, Malaysia, Singapore and Vietnam have liberal abortion laws while Cambodia, Indonesia and Thailand have recently liberalized their laws to allow abortion on certain grounds.

Some people mistakenly believe that the Philippine Constitution prohibits abortion because of the provision on equal protection of the life of the woman and the unborn from conception.

On the contrary, other countries with constitutions and laws explicitly protecting the life of the unborn or life from conception allow abortion under certain exceptions such as Ireland, Slovak Republic, Poland, Kenya, Hungary, and Costa Rica.

The right to safe and legal abortion is guaranteed under the constitutional rights to health, life, equality, privacy, equal protection of the law, and non-establishment of religion especially since it is recognized in comparative jurisprudence and international law that the fetus is not on equal footing with the right of a woman.

In the United States, decriminalization of abortion decreased deaths from unsafe abortion. Abortion rates did not increase in Canada and Turkey after abortion was legalized. Netherlands has a liberal abortion law providing free services and has widely accessible contraceptives yet it has one of the lowest abortion rates in the world.

Many Filipinos condemn Filipino women and girls who induce abortion not knowing that some of these women and girls are actually rape or incest victims or are abused women in intimate relationships.

A Filipino woman or girl is raped every 71 minutes. Last 2014, the PNP recorded 7,409 women reported they were raped. This is alarming. Yet this may just be the tip of the iceberg as these numbers only refer to the rape victims who reported to the police.

One of the glaring consequences of rape is unwanted pregnancy. Some women and girls who became pregnant resulting from rape were forced to resort to clandestine and unsafe abortions to end their unwanted pregnancies while others have tried to commit suicide.

The 2013 National Demographic and Health Survey (NDHS) estimates one-fourth of ever-married women age 15-49, have experienced emotional, physical, and/or sexual violence from their husbands.

The NDHS also found that the more children a woman has, the more likely she is to have experienced violence (NDHS 2013 and 2008) pointing to the unequal power dynamics where women suffering intimate partner violence are unable to negotiate safe sex and end up resorting to clandestine and unsafe abortion to terminate their pregnancies.

This is supported by findings in 2000 showing that nine in ten women who induced abortion are married or in a consensual union and more than half have at least 3 children (Singh S et al., 2006).

International obligations under the CEDAW Convention

The CEDAW Committee issued its 2006 Concluding Comments recommending for the Philippines to provide access to quality services for the management of complications arising from unsafe abortions to reduce maternal mortality rates.

In the 2014 CEDAW Committee report on the inquiry on reproductive rights violations in the Philippines, the Committee recommended for the Philippines to provide access to quality post abortion care to women including by reintroducing misoprostol to reduce maternal mortality and morbidity rates and ensure that women experiencing abortion-related complications are not reported to law enforcement authorities and are not threatened with arrest.

The CEDAW Committee also recommended to the Philippines to amend articles 256 to 259 of the Revised Penal Code to “legalize abortion in cases of rape, incest, threats to the life and/or health of the mother, or serious malformation of the foetus and decriminalize all other cases where women undergo abortion.”

I am confident that as taxpayers, we will be mindful that the very basic right to safe and legal abortion affecting the health and lives of women and their families will be in our hearts and minds on election day and that the elected public officials will truly acts as representatives of the Filipino people who clamor for changes in our laws to uphold human rights and that they will act based on reason, compassion, and conscience to respond to this public health and human rights issue. – Rappler.com

Clara Rita Padilla is the founder and executive director of EnGendeRights. She spearheaded the submission of the request for inquiry to the CEDAW Committee, a collaborative effort of the Philippine-based Task Force CEDAW Inquiry, the New York-based Center for Reproductive Rights, and the Malaysia-based International Women's Rights Action Watch-Asia Pacific (IWRAW-AP).