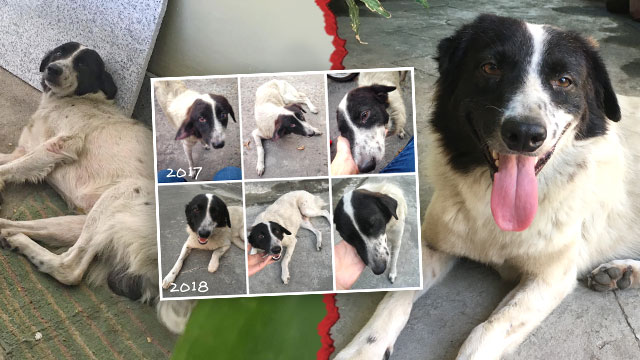 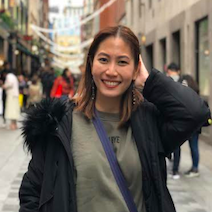 We have 5 dogs in total, and we didn’t buy any of them. Our female shih tzu was given by a former boyfriend, our male shih tzu is her offspring, an aspin (asong Pinoy or Filipino dog) was given to us by our former helper, a lost beagle puppy stumbled into our house and was never claimed by the owner, and a stray aspin decided to make our house his home.

While all of them are special (I try not to have any favorites), it’s the stray aspin that has the most remarkable story.

I was feeding two other village strays when I first saw him in 2017. He was in such a sorry state – he was emaciated, his right ear was infected, his tail just a stump, and his hind leg was injured, causing him to limp badly. That’s why I named him Biscuit, because, you know, Limp Bizkit ('90s kids will understand). Despite his misfortunes, he was still a happy and trusting dog. While it took some time for me to gain the village strays’ trust, Biscuit immediately went straight to me, begging for food.

It became a routine for me to stop by the ihawan near our village gate after work to buy something for the strays. Eventually, the pack learned to wait for me at the village gate and then escort me home so I could feed them more. They would leave right after. I think Biscuit didn’t really notice his injury because he was limp-running with the other two like it was nothing. This went on for several months.

On one of our walks to my house, he nudged my hand with his nose, and when he saw that he got my attention, he started running ahead of us – without a limp! I felt like a proud mom, proud of this resilient and carefree dog.

Sadly, one of the strays died, the other one was adopted, and Biscuit kind of disappeared for a while. Sometimes he was there at the village gate waiting for me, but sometimes I wouldn't see him for days or weeks. When I did, he would give me the biggest smile and run towards me, begging for ear and belly rubs.

One stormy night, our helper discovered Biscuit seeking refuge in our garage. Thank God we didn’t have a gate back then! He stayed with us for the rest of the rainy week, only leaving to do his business elsewhere. My mom referred to him as our boarder because he came and went as he pleased, but I could tell Biscuit charmed my mom and our helper as well.

Eventually we went back to our routine – he’d wait for me at the village gate then he’d walk me home, but this time, he’d stay. He’d still be there the next day. And the next. In the mornings he would escort my mom to the village gate on her way to church, in the afternoons he would walk me home. He became ours officially – or we became his.

Adopting a stray isn’t without its fair share of challenges. It still took a while for all of us to adjust and to completely get to know each other (and we’re still learning!) – his habits, his likes, his dislikes, his fears. After all, he had a free life before he met me, and who knows what sort of abuse he experienced then. It took some time for him to let me put a collar on him, even more time to let me walk him with a leash, and it took a lot of patience to finally coax him for a bath. I had to train him not to sing in the middle of the night, too! Unlike my other dogs, we discovered that he prefers cuddles over food.

Biscuit’s love is completely unconditional and unentitled. He chose me. For him to place his absolute trust in me to take good care of him is such an honor. To see his transformation from that skinny, injured dog, to this clean, healthy (and neutered!), happy dog is absolutely one of the best feelings in the world. – Rappler.com