[OPINION] A bigger monster to fight: Depression and living with HIV 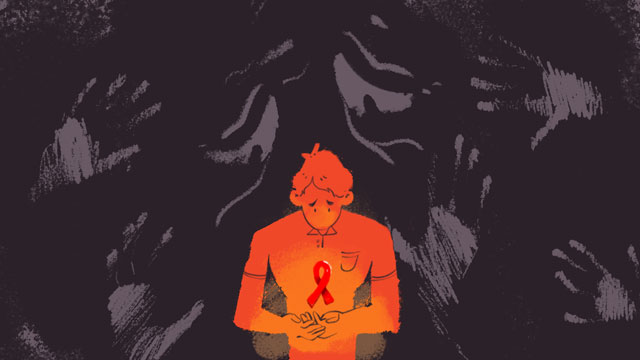 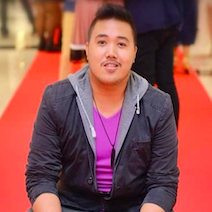 There are many things to be thankful for, living in the 21st century. Life has gotten easier for most people, and there have been a lot of advancements especially in the field of medicine.

But despite this, prejudice against people with certain medical conditions still exist. This especially applies to people living with HIV. The negative perception towards these people may be the very reason why my partner decided to just accept the disease as his death sentence the moment he learned he was HIV-positive.

Yes, I fell in love with someone who was HIV-positive, and despite warnings from other people to just end the relationship, I chose to stay so that we could fight the disease together. However, it was a little too late when he realized that there were people who would always be there for him, accept him, and love him unconditionally. We eventually lost him on November 28, 2016. He was just 27, young and full of dreams and aspirations.

Remembering those times when we still had him, I realized that the biggest battle that a person living with HIV has to face is not the physical manifestation of the disease. It was not only the oral fungal infection that was painful. It was not only the recurring pneumonia and severe weight loss that was disheartening. There was a much greater monster that he had to face. It was something that no antibiotics could cure. It was the struggle within his mind that caused more agony and weakened his resolve to fight for his life. (READ: PODCAST: Battling depression and anxiety)

Other than having the disease, he has was in constant turmoil over the fact that he lost his father at an early age; that (at that time) he hadn’t seen his mother, who was working in the US for 23 years; and that he had lost his opportunity to migrate to Canada and have a better life.

He was shutting people out of his life. He would get mad even over the smallest of things. He would go from being the nice person you knew to someone who could spew curses to no end. He feared that he would be judged and so he became unreasonably defensive. He feared that at any moment his life would be taken away from him, so he tried to detach himself from the people he truly cared for. And thus, though he was not clinically diagnosed, and I might be using the term loosely, it was depression that was the bigger demon he failed to win against. (READ: [OPINION] I'm complicit in the rise of the HIV epidemic – and so are you)

According to a study made by Bhatia and Munjal (2014), occurrence of depression among people living with HIV is high. Further, it is stated in the study of Dalmida et al in 2013 that “Persons living with HIV/AIDS (PLWHA) with depressive symptomatology reported significantly poorer health outcomes, including poorer HIV medication adherence, lower CD4 cell count, and poorer health-related quality of life (HRQOL).”

Thus, it is important that from the time a person is diagnosed with HIV, his/her mental health is also being taken care of. Great social support and religious or spiritual coping is as important as medication against physical symptoms of the disease. Detection of any mental illness such as anxiety or depression is a big help in improving the condition of PLWHA. (READ: [Two Pronged] How to help a friend with depression)

Let us all remember that more than malicious scrutiny, discrimination and unjust treatment, people living with HIV/AIDS need understanding, support, care, and love, because we may never know what hassles of life they have to face. HIV is now manageable and people living with it should be able to be free from detrimental judgement and should be able to love without fear of being left behind. (READ: Person living with HIV grateful for priest's hug and acceptance)

To my late partner, thank for allowing me to be part of your life especially during your last days. Our relationship may not have been the happiest, but for me it was the most meaningful yet, as I have learned how to love unconditionally and how to stay strong, firm, and grounded for the person I love. I learned the meaning of sacrifice and how it’s worth giving some things up for someone (or something) you love.

Diondel Caspe is a graduate of the University of St. La Salle Bacolod and a former part-time instructor, and is currently pursuing his Master of Arts Degree in Economics at the University of the Philippines Diliman.