Women Martial Law survivors to girls today: Understand the past 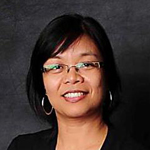 Psychiatrist Dr. June Pagaduan-Lopez, professor of the University of the Philippines College of Medicine, and Indai Sajor, an international gender and peace expert, spoke before a packed room of students of Miriam College early this month to mark the month when Martial Law was declared and to illustrate what the era was like.

No student hollered nor shrieked in agreement when the Martial Law catchwords were mentioned. Other girls combed their hair or were struck to their tablets and mobile phones. But it wasn’t all that bad because a few students raised their hands to signify that they are aware of that regime.

An exclusive girls’ school formerly known as Maryknoll College and is recognized for its staunch education on and advocacy for gender equity, human rights, and environmental protection, Miriam College conducted the forum, “Women in the Anti-Dictatorship Struggle: Remembering Martial Law” organized by its College of International, Humanitarian and Development Studies and the Women and Gender Institute.

“Go beyond your mobile phones, Facebook and Twitter,” Pagaduan-Lopez enjoined the students. “Join the protests and understand the discussions,” and added an exhortation to a current pressing issue, “Understand the people’s anger against the pork barrel and against corruption.”

Pagaduan-Lopez asked the students to maximize today’s wealth of information made readily available to them by the fast evolving global media technology to “learn about the past and understand what happened.”

Sajor, a gender adviser in the United Nations High Commissioner on Human Rights who is working in Afghanistan and other countries experiencing strife, said knowing about Martial Law is also helpful in understanding its upside because the period awakened women on their rights as human beings equal to men.

“To die for the country was something we wanted to do at that time,” Sajor said, “and we discovered our strength as women because it was significant for us women to be able to express our voices.”

“We also discovered power relations; women were subjugated even in the movement,” she explained. She cited that “what was personal was political” because while women struggled in the national movement against the repressive Marcos dictatorship, they also struggled in the home.

“Women experienced domestic and state violence at the same time. What was worse was that the abuse committed on women was different from the men in that they suffered more sexual abuse in addition to torture.”

Sajor founded the women’s group Gabriela with beauty queens-turned-activists Maita Gomez and Nelia Sancho and fellow activists Liddy Nacpil and Judy Taguiwalo. Internationally renowned for her work on the Tribunal of the Asian Comfort Women, she initiated a court case to demand compensation and reparations from the Japanese government for the Filipino comfort women who suffered under the Japanese Imperial Army during World War II.

She said the women’s movement sprang from the activists’ decision at that time to support the candidacy of Corazon Aquino against Ferdinand Marcos. “We knew that Cory was from the elite, but we took the stand behind her and this overwhelmed the men,” she said. Thus began the rest of history that initiated “gender equality” that became an ideal to this day.

She further said that her Martial Law experience and knowledge about the structures of power taught her “how to work with the Taliban and to negotiate in Kandahar (Afghanistan)” on the right of girls to be educated. “Sometimes, people and groups defined as the enemy will not always be the enemy.”

Pagaduan-Lopez co-founded the Medical Action Group, an organization that provided medical and psychosocial support to the victims of human rights abuse during the Marcos dictatorship. She was also the founder of the Philippine Action against Torture.

Her colleagues included doctors Bobby dela Paz, who practiced among the poor in Samar province, and Johnny Escandor, a radiologist who also worked in rural areas. Dela Paz was publicly killed and Escandor was found dead with signs of torture.

Pagaduan-Lopez and Sajor were arrested and imprisoned for political reasons during Martial Law. During the forum, they were joined by Susan Macabuag, who is now director of the Bantayog ng mga Bayani, Dr Amna Shakil of the organization Nooru Salam, and Sister Helen Graham, a Maryknoll sister who is now teaching Biblical Theology.

Graham, one of the founders of the Task Force Detainees of the Philippines that documented the era’s arrests and torture under the Association of Major Religious Superiors, said she left the United States not just to experience working in another country but also to escape the civil rights strife – only to find herself joining the street protests in Manila during Martial Law.

She recalled that “the military did not know what to do with religious people,” especially foreigners, at that time, so her group was able to take care of some of the activists without experiencing harassment, but only up to a certain time.

Professor Aurora Javate-de Dios, executive director of Miriam College’s Women and Gender Institute, said, “Today’s generation is detached and distant from what happened during Martial Law when close to 60,000 were arrested and detained in its first year alone.”

She recalled that schools were closed, basketball courts became open spaces to corral people who were known subversives, and most of media were taken over by government. The military was the only remaining institution that was untouched by the dictatorship and the military generals became the new elite at that time.

“The Martial Law machinery muzzled people from 1971 to 1983 that the Philippines became notorious internationally for human rights violations,” she said. “But its flipside was partially reflected in how Filipinos reacted with their hope and resilience.”

De Dios recalled that some of the former Maryknoll alumni who were active in the movement then were Karen Tañada, executive director of the Gaston Ortigas Peace Institute; Gigi Francisco, global coordinator of the Development Alternatives for Women in the New Era; and journalists Jo-Ann Maglipon and Arlene Babst. In its neighboring Ateneo de Manila University were Ed Jopson and Bayani Lontoc.

A video presentation of images of Martial Law, with the protest song “Wala Nang tao sa Santa Filomena” by Joey Ayala playing in the background, was shown to the students at the start of the forum. It ended with the singing of “Bayan Ko,” known as the opposition anthem during Martial Law. – Rappler.com

Diana Mendoza is a journalist and editor.