Dear political parties: For your rallies, hire a wedding planner

The editorial outlook I sent to the Rappler team for Wednesday, October 24, contained detailed instructions on how we should cover the official presentation of the Liberal Party-led coalition’s senatorial slate.

For any coverage, the outlook is shaped with inputs from the journalists and various units, and organized into the most strategic this-is-how-we-do-it guide possible with the details we have.

Yet at the end of the day, when we do a post-mort, we still find gaps in our coverage and take note of how we can improve the next time.

That’s my elaborate intro to my unsolicited advice to political parties, which will be mounting more of these campaign-related events from hereon until early May 2019.

In the past, when I gave a talk about covering elections, I’d say: if candidates and political parties strategize and plan their campaigns at least a year before the elections, we journalists should prepare just as early.

Now, with all the new available campaign tools, platform, and models, it seems we see a media industry more prepared with coverage plans than the parties mounting the events they would cover.

Political landscapes change, and alliances shift, of course, making it either harder or easier for stakeholders to plan campaigns.

But there are standards that are there all the time.

One of them, veteran campaign strategists would tell you, is that the senatorial race is largely a media game.

Party machinery (if there is a real one to begin with) and “parallel” (I say, only real) organizations in the grassroots are there mainly to deliver the votes – to make sure the networks and communities you hold sway in will actually go to the polling precincts on election day and shade the ovals across your candidates’ names.

So how can senatorial slates get a step ahead with their rallies and public events?

A name that sticks. What will really make the candidates’ names and messages stick with voters is how they are seen, heard, perceived in the media. That’s why familiar surnames and those who have been on the news regularly are high up in awareness and preference surveys. That’s why there’s a need for witty (but not contrived) nicknames and for meaningful (but recall-friendly) slate names (other than, uhm, “Oposisyon Koalisyon”).

A theme that ALL candidates follow. There has to be a campaign color immediately associated with your slate. I don’t necessarily mean political color (although the LP-led opposition can stand by its “dilawan” tag if it wishes), but a color or two that voters will associate with your ticket, your posters, and tarpaulins, with each of your candidate – a color or two that will define the look of your stage and venues and campaign paraphernalia.

If you want it red, make all the candidates abide – stickers, shirts, posters. Red has to be the dominant color (and maybe individual candidates and local partners can add a dash of his or her own color).

You’ll be surprised, for instance, that there are voters who will remember to vote for “‘yung mga kandidato na naka-blue palagi (the candidates who are always in blue.”

Imagine if Erin Tañada wears green, for example, and Bong Go goes around in green too. During election day, when a voter says he wants to vote for that man in green, a sly political leader in the barangay might tell him, “Ah, si Bong Go po, number ### sa balota (Oh, Bong Go, number one on your ballot).”

A central message. Individual candidates will highlight their own strengths, but the party or slate should have a common slogan or message around which its senatorial candidates should craft theirs.

Weeks before the announcement of their slate, LP personalities underlined the worsening poverty and hunger due to inflation. If that’s how they want to define the Duterte administration – and therefore its senatorial slates – then how do they turn that into a catchy slogan? How can Chel Diokno’s quiet but sterling record of defending victims of human rights violations and Bam Aquino’s push for laws on entrepreneurship and free college tuition be hinged on that central message?

An events planner that EVERYBODY follows. We said earlier that the senatorial race is largely a media game. Every event is therefore primed for maximum media impact.

I’m not telling candidates to do what we call “drawing” or staged moments to be captured on camera. I mean, organize an event and its details – yes, the details! – in anticipation of how your candidates and main personalities will be highlighted and the media will not have a hard time capturing that.

And the only way you can do that is to have an events planner who can rein in the candidates’ point persons. You remember how JLo was in The Wedding Planner, radio-ing her staff how the flowers are, where the groom is, why is this person seated where she isn’t supposed to be?

That’s the person you need to mount campaign events that everyone – the crowd at the venue, the journalists covering, and the audience that the media outlets have – will remember. Of course, I mean an events planner who can adjust a wedding template to the requirements of a campaign rally. 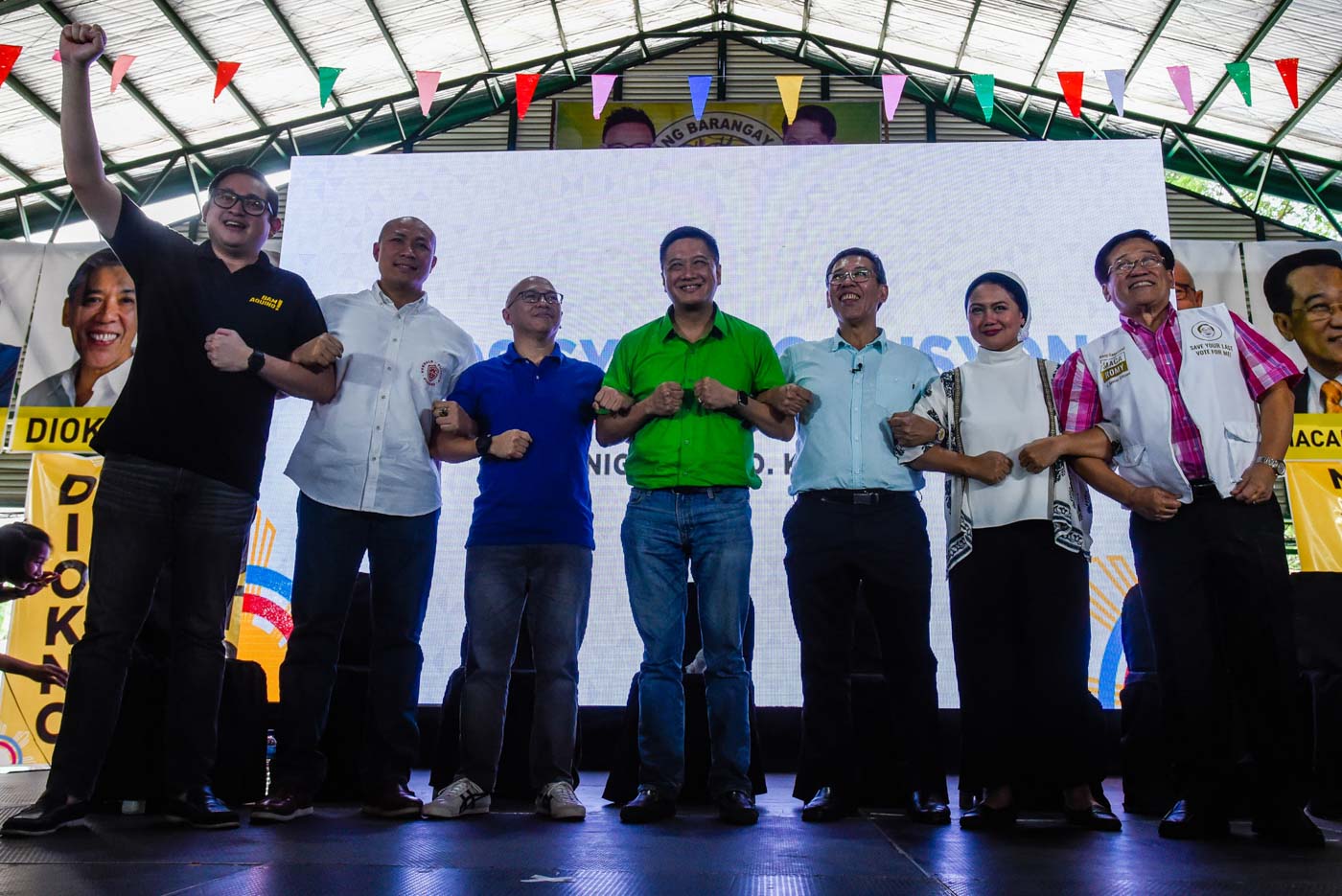 SEASON OF RALLIES. The opposition coalitionu2019s presentation of its senatorial bets on October 24, 2018, is just the start of countless events that all political camps are expected to mount in the lead-up to the campaign period next year.

By the way, candidates, don’t entertain chance interviews in a spot where your fellow candidates and the audience can be distracted by the scrum around you. There’s such a thing as “laglagan” or secretly dropping you. Sometimes little things like you stealing the spotlight from a fellow candidate can trigger that. – Rappler.com

Rappler has found interesting stories based on the list of those who filed their certificates of candidacy from October 11-17. Check them out here: