We had read with a heavy heart the interview of Secretary Delfin Lorenzana in which he declared "President Duterte was handling the Philippine maritime row in the South China Sea very well," while insisting in comparison, "Aquino mismanaged the Philippine sea dispute with China and that everything was chaotic." 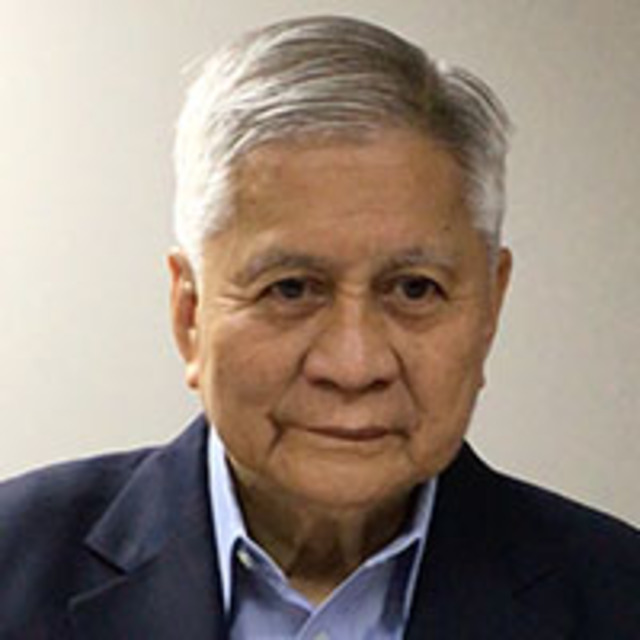 One government had defended what is ours by resorting to political and diplomatic means while utilizing both bilateral and multilateral approaches to seek a peaceful resolution. That government did everything possible, which as a last resort included bringing our dispute to the United Nations Convention on the Law of the Sea (UNCLOS) Arbitral Tribunal at The Hague, resulting in an overwhelming victory for the Filipino people.

Another government, after being awarded this invaluable victory at The Hague, immediately announced the shelving of this most important outcome, thus avoiding for itself the task of managing what had been handed down.

Based on the above, we are left with no basis for comparison.

Secretary Lorenzana moreover attributed "chaos on everything" related to the Aquino administration's handling of the South China Sea dispute. We fully agree that defending what is ours against a powerful nation as China could be chaotic.

It was chaotic when in the past we fought for our independence; it was also chaotic when we defended our democracy.

Please allow me to provide a few examples of what may be chaotic:

1. Meeting with leadership of China

When I first met with now President Xi Jinping, he immediately brought up what contributions China was making to our economy and how much more we could benefit by fully cooperating in areas where there existed differing points of view. When I suggested that we move together in advancing our traditional bilateral agenda while abstracting contentious issues to be dealt with separately, he then strongly asserted that China had indisputable sovereignty over the South China Sea as represented by their 9-dash line. According to him, there were no disputes in the South China Sea.

I respectfully stated that the 9-dash line was an excessive claim which we believed was in violation of International law. The dialogue shifted to other topics but inevitably it came back to a staunch restatement of China's position many times over and over, eliciting essentially the same response from us.

In dealing with this powerful nation, we were being asked to acquiesce, but we did not.

Our many meetings with both China's foreign minister and the Chinese foreign ministry were at all times more of the same. We were being influenced to be fully acquiescent to China's position but we were firm in asserting that what is ours is ours. The Department of Foreign Affairs (DFA) had countless meetings with China, a great number of which included formal protests against China's unlawful acts. I am told that we can substantiate nearly 50 such formal written protests against China.

China continued manifesting its increasing anger against the Philippines which led us to more strongly defend our position.

3. Meeting with the US

At some point in time, I was asked in Washington DC by our treaty ally what the situation was with China. I explained to both the Secretary of State and the Secretary of Defense that I felt like a scrawny kid in a schoolyard controlled by a bully. The bully never fails to bring me to the back of the schoolyard to beat me up while warning me that I needed the bully's permission each time I enter the yard and that I should not ever mention my being beaten. After being the object of physical abuse so many times, I thought this bully must have a vulnerability. And since the bully asked me constantly not to mention being beaten up by him, I then discovered his vulnerability. He did not want to be internationalized. From then on, we decided to tell the whole world about the bully and his power agenda and the importance of restoring a rules-based order.

During the impasse at Scarborough Shoal with China, we were approached by the US, an honest broker, for both China and the Philippines to agree to a simultaneous withdrawal of ships from the shoal. We therefore agreed. At the appointed time, we withdrew, whereas China did not – in violation of our agreement.

Adding to our challenges therefore was having to deal with a powerful China whose declarations were often inconsistent with the facts on the ground. Other nations, we began to discover, had the same difficulty in dealing with our northern neighbor.

At every opportunity, no matter what the odds, we spoke to defend what is ours. Prior to a leaders meet, I received word from Secretary Hillary Clinton that China was attempting to silence the Philippines and for me to secure my back. The organizers of the meeting had made sure that I would not be given an appropriate opportunity to speak. Realizing this, I asked Secretary Clinton if she would speak about the South China Sea and I would merge myself at the end of her talk. I was able to successfully intervene and began speaking about the South China Sea when the microphone suddenly went dead.

After persisting to go on by standing and raising the volume of my message to promote the position of the people of the Philippines, they decided to restore the power.

On another ASEAN Leaders meet, we were able to speak fully and we were able to convince a number of ASEAN members to do so as well. When it was time, however, to release a final statement of matters discussed, the ASEAN chair decided at the behest of China to omit not only the discussion but the entire topic involving the South China Sea. The Philippines insisted that the matter be included to reflect the facts. The chair threatened that there would be no final statement if the Philippines did not support its proposal to exclude the South China Sea discussion. We decided not to move from our position, not only in protection of the Philippines’ interests, but also that of other ASEAN members who were strongly in favor of doing what is right. At the end of the day, it was the first time in ASEAN's history that no final statement was issued.

Before I resigned, former President Aquino and I had a total of nearly 200 bilaterals in which we had promoted the Philippines position on the South China Sea.

Having been given the opportunities, I was encouraged by former President Aquino to speak each year before the UN General Assembly for the purpose of promoting our rightful position in the South China Sea.

We had garnered the support of many countries, which we presumed would have continued their support when we had won our case.

9. Filing of Philippine case at the UNCLOS Arbitral Tribunal

After pursuing all that is possible in arriving at a peaceful resolution on the South China Sea dispute, we filed as a last resort a submission to the UNCLOS Arbitral Tribunal at The Hague, the results of which are now history. Contrary to China's opinion, the UN had declared that the filing of an arbitration case is not an unfriendly act.

10. Joint patrols with the US

In late 2015, we had travelled to Washington, DC a couple of times to seek further assistance in terms of responding to China’s unlawful activities in the South China Sea. To my recollection, we had successfully convinced the State Department to undertake joint patrols which were subsequently objected to as instructed by President Duterte's government.

Secretary Lorenzana had said that, before the Duterte administration, the Philippines had no trade with China. This statement, as the records would show, was gravely inaccurate.

What I recall is that, prior to my stepping down, China was either our second or third largest trading partner based on our records. If you believe our northern neighbor's claim, our number one trading partner would have been China. I am told that the differences can be explained by the extent of smuggling activities.

While it is true that certain banana exports were held up by China to punish the Philippines for filing our legal case, former President Aquino had mandated the Cabinet to replace what was being lost by tapping nontraditional markets. As a result, under the able leadership of Secretary Greg Domingo, the reduction on banana exports were minimized.

Secretary Lorenzana also mentioned that Chinese tourists were not coming in. We understood, again to punish the Philippines, that China had been unofficially limiting its group tourism to the Philippines. Under the proactive leadership of Secretary Mon Jimenez, the negative effects of China’s limiting group tourism were likewise minimized.

According to Secretary Lorenzana, Filipinos also could not fish at Scarborough Shoal.

The driving out of our fishermen from Scarborough Shoal was indeed the immediate cause of our filing of our case with the UNCLOS Arbitral Tribunal at The Hague, which led to a restoration of the rights of our fishermen there.

Our view of Secretary Lorenzana

We believe that Secretary Lorenzana is a very good man with the highest credibility in the Cabinet. As I said earlier, we feel deeply sad because it appears that he is being used as a propagandist precisely since he has the reputation of being straight as an arrow.

Secretary Lorenzana and I are very close friends, having worked together for many years in Washington DC. I have the warmest esteem for him and trust that he will consider what I have written as factual and helpful. I also wish to add that he is considered by all people to be a patriot and to be objective at all times, and we hope that this sentiment will continue to be merited by him.

Most recently, we are gratified to hear Secretary Lorenzana on his BBC interview reasserting Philippine sovereign rights in the West Philippine Sea and the need to defend those rights with an abiding faith in the rule of law – truly the great equalizer among nations and the antithesis of chaos.

We wish him all the best always. – Rappler.com

(Editor's note: The author is former secretary of foreign affairs under the Aquino administration and served as ambassador to the US under the Arroyo government.)