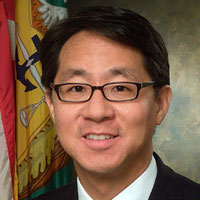 In an end-of-year statement calling for Filipinos to stay united, he cited what he considered a range of successes for his administration this past year, including the highest GDP growth in Southeast Asia and a 29-notch rise for the Philippines in the Transparency International Corruption Perceptions Index. Transparency International looks at perceived levels of public sector corruption in 177 countries and territories, and in its list, the Philippines went from 134th place in 2010 to 105th “least corrupt” in 2013.

Good, but not good enough. And indeed, there is much more to the story of the year that was.

As one longtime business executive in Manila told me, “Aquino had a yoyo year.”  The President's ratings remained high despite the challenges of responding to 3 major disasters – the Bohol earthquake, Super Typhoon Yolanda and a rebel invasion in Mindanao – and his slate swept the Senate elections.

Yet unemployment rose slightly, exports growth continued to be weak, and foreign direct investment remains anemic. The Philippines is also locked in territorial disputes with China, and the consequences of the bungled rescue attempt of Hong Kong Chinese hostages on a tour bus in Manila 3 years ago are still being felt. These come in the form of ongoing demands by the Hong Kong government and lawsuits by victims' family members.

But then again, certainly 2013 was not so bad a year to give Aquino the award for worst year in Asia.

"I don't think he had such a bad year in the sense that so much of what has happened was not of his own making," said another business leader. "However, his responses leave much to be desired and, if he continues on the same track, his last two-and-a-half years could be really bad indeed."

A Manila entrepreneur and executive compared Aquino's plight to that of US President Barack Obama, writing that "he [Obama] and Pinoy are sitting at the same table. I just hope that whoever is dealing the cards, metes a hand with a winning combo next time around."

So, what of the view from Washington on who had 2013 as the worst year in Asia? In Washington-centric Washington, the award went to one of its own: US President Barack Obama had the worst year in Asia. Or so declared a much discussed and debated Fortune.com opinion piece that Jose B. Collazo, a frequent commentator on Southeast Asia, and I wrote as 2013 came to a close. The comments and responses were fast and furious, and of many a mind.

"I know it is good to be provocative, but Obama having the worst year in Asia is a bit of a stretch," wrote one reader. "Well done," commented another. "Someone needed to call Obama out for his 'all show no go' behavior so far this term." And that would include his cancelled trip to the Philippines.

But what of the disgraced Chinese former minister Bo Xilai, now jailed for life for bribery, embezzlement and abuse of power, or former Pakistan president and military leader Perez Musharraf, who returned home last year not to a triumphant election but to house arrest and a trial for treason? Indeed, as Collazo and I wrote for Fortune.com, the candidates for worst year in Asia were many – from then-Australian Prime Minister Julia Gillard to Thailand's Prime Minister Yingluck Shinawatra. Gillard was swept, along with her party, out of office in the September elections despite all of her talk of Australia and the “Asian Century,” while Shinawatra struggles with tens of thousands of demonstrators on her very doorsteps.

In December, respected political columnist Chris Cillizza of the Washington Post awarded the US president the “prize” of worst year in Washington, citing a year dominated by scandals, leaks of classified information, and the failed launch of a US federal health insurance exchange that went to the heart of Obama's signature first-term domestic legislative achievement – "Obamacare," or more officially, the so-called Affordable Care Act.

Obama won this second dubious distinction, for worst year in Asia, for failing to add substance to style in the once much ballyhooed "pivot to Asia," and ceding the initiative to others on everything from Myanmar to quite literally the Moon. Meanwhile, Asia watched with a mix of pride, envy and trepidation as China successfully landed a spacecraft on the lunar surface.

As with so much else, 2013 began with much promise and hope for the US president in Asia. Fresh off his reelection, Obama closed out 2012 with a landmark visit to Myanmar and the lifting or suspension of a range of sanctions against that once pariah nation.

Asia longed for his return – symbolic though it might have been – and a more robust pivot, or "rebalancing" of US efforts in Asia that went beyond defense and diplomacy. That never came to pass, as Obama became a serial canceller in a region where form, face and protocol especially matter.

Malacañang was ready to receive the US president, but he was nowhere to be seen there or elsewhere in Southeast Asia. This, despite the growing importance of the region and progress toward a regional Association of Southeast Asian Nations economic community, or AEC.

Amid battles over the US budget, he canceled long-planned stops in long-time ally Philippines as well as in Malaysia, which was playing host to an entrepreneurship summit. That meeting was building off an initiative Obama himself had announced at his "A New Beginning" speech delivered with great fanfare in June 2009 in Cairo. Then he canceled his entire Asia trip, including participation in key regional summits in Indonesia and Brunei, leaving the stage to China.

All is not lost

The Asia pivot was seen as more about presentation than implementation. Or as one Asia diplomat was reported to have quipped after Obama's cancelation, “There's just one problem with the US 'pivot-to-Asia' strategy. The US is not part of it.”

Bogged down by a recalcitrant US Congress, as well as by problems of his own making, Obama's really bad year went beyond healthcare and America's borders. He was perceived to be indecisive on Syria, and just had plain bad luck – Edward Snowden's revelations of the extent of the National Security Agency's spying operations even as Obama sought to raise the issue of Chinese spying at a California summit with China's leader.

All is not lost, though. There is still time to turn the situation around. Talks toward a Trans-Pacific Partnership free trade agreement continue; the US president is expected in the region, including in Manila, in the Spring; and China's increasing assertiveness in the region is driving Asian nations closer to the United States.

There is still time for Obama to leverage the tremendous amount of goodwill that remains in Asia towards America and Americans, and to work with US congressional leaders of both parties to add substance to rhetoric in shaping and funding a pivot that goes well beyond defense and diplomacy to fully encompass business, culture, and education.

So, as 2014 dawns, it's time to drink a toast to a better year for Obama, for Aquino, and most importantly to the people whom each was elected to serve. – Rappler.com

Curtis S. Chin, a former US ambassador to the Asian Development Bank under Presidents Barack Obama and George W. Bush (2007-2010), is managing director of advisory firm RiverPeak Group, LLC. Follow him on Twitter at @CurtisSChin.