What can we learn from China’s long history of fighting illicit drugs? 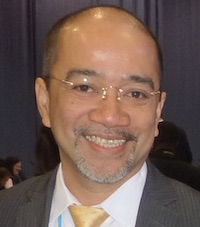 Of all countries in the world, China has perhaps the longest history of fighting illicit drugs.

It was in 1729 when Emperor Yongzheng issued the first ever ban on opium. Nearly three centuries later, as the world changed and drug production patterns evolved, China is still waging battles against drugs. What could be learned from this long history?

First, it seems that from a historical perspective, law enforcement is no match to commerce.

Law enforcement has been the tool of choice for dealing with the illicit drug trade. Yet it has mostly been commerce, and the law of supply and demand, that have propelled and made the drug trade resilient. China’s history is replete with examples.

After China’s 1729 ban, and its repeated re-imposition in the next few decades, the British merchants who imported opium from British-controlled India into the Chinese ports along the Yangtze River simply devised various ways to get around prohibition. According to historian Gregory Blue, the British East India Company purchased all opium produced in India, and then sold it at auctions in Calcutta (now Kolkata) to "privateers." These privateers – technically pirates whose legal status changed because they were under a company licence – then brought and secretly unloaded the opium at the British zone in the open port of Canton (now Guangzhou). Company officials could thus claim that smugglers, not their employees, were involved. Bringing the opium out of the port of Canton then simply became a matter of paying the right bribes.

Inevitably, opium consumption increased despite the ban. When China enforced a crackdown targeting corrupt port and customs officials, the British merchants simply moved their base to Lintin Island, in international waters, from where armed British ships received the opium deliveries, and reloaded it to small Chinese fast boats for distribution along the coast. In other words, supply always found a way to meet the high demand. Additional costs of shifting operations, or paying higher bribes, could easily be absorbed, because of inelastic prices.

In 1839, or 110 years after the first ban, the Court of the Qing Dynasty in Beijing said enough is enough. It sent no-nonsense Commissioner Lin Zexu to resolve the problem. Lin and his troops imposed a blockade of Canton and other Chinese ports; confiscated about 1210 tons of British-owned opium stocks (roughly $300 million in today’s prices); and detained the small British expatriate community in Canton.

The British response was swift and brutal. The British Navy – then at the height of its prowess – invaded and occupied China’s coasts. Three years later in 1842, China was beaten and humiliated, and was forced to sign a treaty of surrender in Nanking to end the first Opium War. The treaty opened five more ‘treaty ports’ to Western trade, and gave the British possession of Hong Kong until 1997. Hong Kong ought to be regarded as a monument to the 18-19th century opium trade.

A second lesson from this long history is that drug addiction happens across classes, but what society thinks about it depends so much, it seems, on who is addicted – the elite or the poor?

There is plenty of noise and moral pontification on mass addiction, but mostly only official silence, or perhaps even fear, when those on top are involved. What happens, for example, when powerful people, including members of the royal household, are the ones who get addicted?

In November 1908, Emperor Guangxu and the Dowager Empress Cixi died within hours of each other. Cixi was the biological aunt of Guangxu, who assumed the throne in 1875 at the age of 4, and therefore ruled under the supervision of his aunt. In his book on the history of opium, historian Martin Booth wrote that the Dowager Empress was herself addicted to opium, a matter validated by other historians as well. But it is not clear if she died out of complications from her addiction. Nothing is known about what caused the death of the Emperor at the age of 37. It is possible that there had been rampant opium use in the royal household, although this is of course pure conjecture.

Parallels can be drawn to what is happening today. Addiction happens across classes, but it is mainly glue-sniffing street children or crack-using slum-dwellers who get beaten up, or worse, killed by anti-drug vigilantes. They are considered expendable dregs of society, and could be written off.

On the other hand, upper class or politically well-connected drug users are rarely called to account. Many even find a legal way out – they could pay doctors to write them prescriptions for all sorts of drugs including Fentanyl. They are seen differently, even if it is the same "high" or relief from pain, physical or otherwise, that they are after. 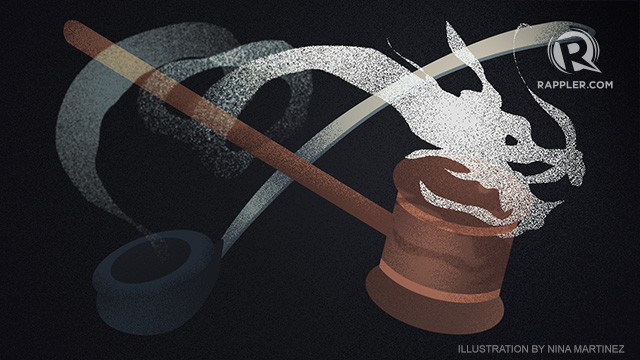 A third lesson is that while violence is automatically associated with the illicit drugs trade, it is actually an enterprise that can go on without any violence breaking out.

Much of China’s heroin supply today flows from across its border with Myanmar, where opium poppy growing has become a key survival mechanism for insurgency-affected dirt-poor households without land, little access to water, and who live in areas typically beyond the easy reach of road networks. What is interesting though is that while violence is rife on Myanmar’s side of the border, there is little or no violence once you cross over into China.

According to academics Ko-lin Chin and Sheldon Zhang, who examined hundreds of indictments in a book they published on the China-Myanmar drugs trade in 2015, none of the mafia-like Chinese organizations and criminals running the trade on China’s side of the border, in Yunnan Province, have been charged for violent incidents. They are criminals involved in trafficking illegal goods, but unlike their counterparts in Mexico or Colombia, are not pre-disposed to violence. Various explanations have been made for this relative absence of violence, but that is another story for discussion in a separate blog.

In June 26, 1992, some 40,000 people mobilized for the public trial of drug traffickers at the municipal stadium of Kunming, the capital city of Yunnan Province. According to Chinese scholar Yongming Zhou, 21 drug traffickers were sentenced to death in that public trial. Two months later, over 2000 police and paramilitary troops with hundreds of military vehicles laid siege to Pingyuan, near Kunming, in an 80-day anti-drug operation. That year, 464 drug traffickers were executed in Yunnan Province alone. Today, China is thought to execute more drug offenders than any other country, according to the Economist and the Cornell Law School. After nearly three centuries, China is still running battles against illicit drugs.

Perhaps they should consider sending economists too, rather than just policemen, in dealing with the problem. Policemen know how to track criminals, enforce arrests, and use their guns, but will have little clue about dealing with inelastic prices from high demand that keep supply lines resilient to law enforcement.

More countries – Portugal and the Czech republic, for example – have moved away from treating drug addiction as a criminal problem, and instead now approach it as a public health problem. As a result, fewer people are in jail, thus saving a lot of money that could be used elsewhere. Rich and poor alike are given treatment. More importantly, drug use has gone down – no Armageddon or zombie army of drug-crazed youth committing petty crimes en masse has emerged.

China itself, according to Chin and Zhang, has started to experiment on the decriminalization of substance abuse and apply a public health approach in the treatment of addicts, while keeping the business of drugs trafficking as a criminal offence. They have also suggested that China establish a reliable drugs market forecast system, given that the challenges are changing – e.g. new ‘designer drugs’ are being produced and marketed before they can be officially banned; and most illicit drug sales are now being made via the internet or mobile phones, not in shady street corners.

But what is perhaps most important is that China’s experience could be used to disabuse the public from the simplifying fictions that have been popularized to justify brutal anti-drug campaigns.

To be simplistic about it, despite nearly three centuries of drug abuse, China has not disintegrated as a country, and is even poised now to become the world’s biggest economy. Drug use is a problem indeed, but sometimes the exaggeration of the problem could be more dangerous, and the cures on offer could be worse than the problem itself. – Rappler.com

(Editor's note: These are excerpts from Eric Gutierrez’s dissertation research “Criminal Without Borders: Agrarian Change and Interdependency in Drugs-Producing Territories” at the International Institute of Social Studies, Erasmus University, The Netherlands.)