[OPINION] Duterte resignation under the new federalism charter a bluff 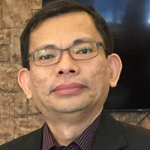 This is a slightly modified version of the statement read by the author in the joint hearing of the Senate committee on constitutional amendments and revision of codes and the committee on electoral reforms and people’s participation on July 17, 2018.

In coming up with a Transition Commission, the constitution proposed by the Presiderial Consultative Committee does not simply pass the pen for writing down and implementing the transition plan. The draft charter provides the commission with a shotgun to preside the transition by bestowing it with all-encompassing powers for its vague transition process. Section 2, Article XXII, of the original version, especially Section 2-d, says, “To exercise all powers necessary and proper to ensure a smooth, speedy, and successful transition.”

Note that in this sense, the institutional design of the Con-Com transition, underneath its more polished language, is similar to the quasi-revolutionary powers of both RBH 08 and of the January 16, 2018, House Concurrent Resolution (HCR) Number 9 – powers that were all tailor-made for President Duterte as incumbent president and reelectionist candidate.

The original Con-Com idea was: on June 30, 2022 – coinciding with the end of the term of the incumbent president and the start of the new president who initially could have been the same person – the Transition Commission would not have only come up with the plan for the transition but also have implemented it. (Section 2-c, Article XII, of the original version says: “To organize, reorganize, and fully establish the Federal Government and the governments of the Federated Regions, in accordance with the Constitution.”) Since the Con-Com members in their public statements specifically target the May 2019 local and national elections as also the time of the plebiscite for their constitution, this means the transition from plan to execution is to be done in just 3 years.

These are twin horrors in constitutional engineering and are classic cases of brute political factors overriding any institutional design logic.

First, this means that the plebiscite campaign will have to compete with the noise of the campaign of thousands of local officials and senatorial candidates. This will definitely drown out the needed careful deliberation of the most fundamental decision a citizen can make, which is a yes or no decision on whether to accept a new constitution that will now serve as the most basic institutional framework of his/her existence.

This piggybacking is sheer folly considering that the March 2018 Social Weather Stations survey showed only 1 out of 4 Filipinos has a minimal understanding of federalism. Government propaganda will not significantly increase that percentage in the 60- or 90-day campaign period even if that was the only thing that will be discussed, which will not even be the case. Remember that the last time a plebiscite was piggybacked with other issues was the orchestrated plebiscite of Marcos’s 1973 Martial Law Constitution, supposedly done from January 10 to 15, 1973.

Second, just for the sake of argument, if all the immense complexity of the Con-Com constitution is executed in just 3 years, there is a very high risk of bringing the country not into a dizzying pace of change but of bringing the country to near standstill. Institutional design literature has warned of unintended consequences because of the chaos of the enormity of the tasks needed to create all the new institutions of the Con-Com constitution.

But this initial transition plan of the Con-Com was revised by the intervention of the very hand that created it. President Duterte responded to the challenge of the critics to include a “ban Duterte” provision. He asked the Con-Com to write down the provision barring him from running in 2022. He raised the ante even more as he asked his Con-Com to write down another provision calling for presidential and vice presidential elections in 2019. He promised to resign once the constitution is ratified in 2019, thereby creating a supposed vacancy on who will be the transition president to oversee the shift to federalism.

It is very difficult to take the president seriously when he promises to resign. He has promised to resign on so many issues that irritate him. And this promise to resign in 2019 might yet be of the same weight as his campaign promise in 2016 to resign if after the first 6 months of his presidency he did not eradicate drugs and corruption in the country. My reading here is that his promise to resign come 2019 is simultaneously a bluff and indicative of the lack of seriousness in the output of his own Con-Com, probably because he knows very well that the real writing of the constitution will happen in Congress. And with his lieutenants fully in control of the House, no way would they allow him to bid them goodbye midway in his term.

The Con-Com ban on his reelection is a significant step in the right direction, and one key institutional challenge to protect democracy is to commit the final output of Congress, if ever, to contain this crucial ban. However, the attempt to cut short his term is clearly a retrogressive one because this undermines the electoral mandate given by the 16.6 million voters who voted for him.

Even worse, the term of Vice President Leni Robredo, who is dragged into this stunt, will be cut short by the request of President Duterte. In her case, it is not just the 14.4 million voters who voted her who would be disenfranchised but also she herself, who has no plan to abandon her mandate and is actually the constitutional successor under the 1987 Constitution if the president decides to resign. This could only be described as a reverse power grab, or a sort of impeachment-via-new-constitution, and is utterly contemptuous of the electoral, hence democratic, mandate bestowed on her by the 1987 Constitution.

Mad as this stand of the president, especially on the Vice President, madder still is the Con-Com agreeing to this cavalier suggestion of constitutional strangulation of democratic mandates. For one moment, I was expecting someone from the 22-man (and one woman) would resign in protest because of this democratic disenfranchisement. But I did not even hear any strong protest about this, only statements that Duterte’s request /suggestion will complicate things during the transition.

Take note that we have not even started the new constitution and yet we are already seeing both institutional and democratic erosions. The one-man wrecking crew, who has already eroded democratic institutions under the 1987 Constitution, is giving a sneak preview of what he will do under the new federal constitution that, notwithstanding all recent pronouncements to the contrary – he will most likely still lead as incumbent president, transition president, or reelected president if he could get away with it.

To conclude, the institutional design of the Con-Com constitution does not move us far from the two other constitutions drafted under the Duterte administration. All 3 are failures as federal constitutions. But the Con-com’s real achievement is political, reviving the Duterte administration’s charter change campaign after it was bludgeoned last January by House Speaker Pantaleon Alvarez and the Lower House as they brazenly tried to use charter change to push for a no-election scenario in May 2019 to extend their terms in office. As evidence, here we are again, even on a rainy day, in this Senate hearing on yet another round of more of the same institutional design nonsense. – Rappler.com

Gene Lacza Pilapil is an assistant professor of political science at the University of the Philippines Diliman. He has an ongoing research project entitled “A Critical Review of the Federalism Project of the Duterte Administration” funded by the Office of the Chancellor of the University of the Philippines Diliman, through the Office of the Vice Chancellor for Research and Development’s Outright Research Grant.