Law, ethics, and politics in the Grace Poe case 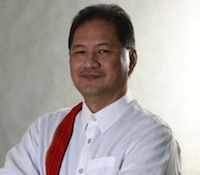 The Senate Electoral Tribunal (SET) is slated to decide next week, on November 17 to be exact, the disqualification case filed by Rizalito David against Senator Grace Poe.

As decision day approaches, there is a debate whether the justices and the senators should be deciding this case on the basis of law, politics or ethics. Among others, for example, Senator Cynthia Villar said she would use fairness as the basis of her vote. She is quoted as saying: “Not all of us are lawyers. So some of us will vote for what we think is fair. It’s not purely legal.” She is also reported by politiko (quoting what she said in an interview with DWIZ) as pointing out: “Maybe we could consult with our lawyers, but in the end it’s your decision. We just need to get their point of view. It can be a political decision, it can be a legal decision, it can be both.”

So is this a legal, political or moral decision?

My answer is that it is all of the above. And even when it goes to the Comelec and Supreme Court, the case will continue to have legal, political and ethical dimensions.

Since the grounds of the petition for disqualification is based on who, under our Constitution, is qualified to be senator of the republic, questions of law must be addressed in the Poe case. Indeed, a decision requires an interpretation of two provisions of the 1987 Constitution – Article 4, Sections 1 and 2.

Section 2 defines natural-born citizens as those “citizens of the Philippines from birth without having to perform any act to acquire or perfect their Philippine citizenship.”

A naturalized citizen, the procedure of which is established by law, is not natural-born and not qualified to be senator. This is an important consideration because it has been proposed that foundlings like Grace Poe are not natural-born citizens but naturalized citizens. How one can conclude this, requires legal interpretation that naturalization can happen automatically and without overt acts as required by our current naturalization law. I will discuss this point later in the article.

The fact that she is a foundling is, of course, what has complicated the legal issues. Since by definition, we do not know who her parents are, the straightforward text of the Constitution cannot be interpreted without assistance of legal presumptions and the tool of statutory construction.

First, who has the burden of proving their case – is it David who alleges she is disqualified or is it Poe who has always been treated as a natural-born citizen by our immigration authorities and previously by the Comelec who allowed her to run in 2013? If it is David, he must positively prove with evidence that both of Poe’s parents were/are foreigners. If Poe has the burden of proof, she must show proof who her parents were and that one of them Filipino.

Notably, in the case involving Poe’s father, Fernando Poe Jr, the Supreme Court ruled that the presumption is in favor of the person who has always had the status of citizen and whose citizenship has been questioned. SET is bound by that precedent although I recognize that the Supreme Court can decide to vacate that in favor of a narrower interpretation based on the argument that natural-born citizenship for top national elective officials is a constitutional requirement that must be strictly followed.

Second, related to burden of proof, what is the standard of evidence that the SET should use in the case? For sure, it cannot be proof beyond reasonable doubt as that applies solely to criminal cases. In my view, it should be substantial evidence – any evidence that supports a conclusion – which is the standard required of administrative cases of which this is one. But some would argue that preponderance of evidence is more appropriate, given that constitutional requirements are at stake.

In that case, both Poe and David should have presented evidence of their respective cases and whoever had the better (in quality and quantity) of evidence should prevail. Since neither have done that (if there was a match, Poe would have submitted DNA evidence), the only option would be to use substantial evidence as the standard of proof.

Third, how will the SET decide, given the facts we do know? Is the fact that Poe was found in Iloilo City in a church indicative of her citizenship? Would it have been any different if she were found in a foreign ship or in a place where many foreigners live? Is it less or more likely that her parents were both foreigners? Is there anything in her features which can make us conclude that she is a foreigner?

In sum, the SET must consider all these legal issues. In my view, there is no dispute about the facts anymore (in that a decision can be made with what we know) or the applicable law. It’s how to interpret the facts and the law. And because the debate is about interpretation, there is no choice but to resort to ethical and political thinking.

What is at stake in the Poe case now pending before the SET is the status of millions of other Filipinos who were born with parents unknown and those foundlings who will be born in the future.

Moreover, in my view, there is no middle ground between the SET declaring Poe to be a natural-born citizen or their classifying her and all foundlings as stateless citizens. If they are considered citizens – because the facts of their finding necessitates such a conclusion or because of international agreement or customary international law – they should be considered natural-born citizens. If not, they cannot be considered naturalized citizens as naturalization requires an explicit procedure required by law.

In my view, considering foundlings as naturalized citizens would require even more sophisticated legal reasoning than what is required for the alternative outcome, the more natural (pun intended) result of recognizing natural-born citizenship. Naturalization is a procedure specifically provided by law based on an application process. Naturalization can happen through administrative, judicial, and legislative means. It is not and never has been automatically conferred.

A result in the Poe case that is based on the conclusion that foundlings are stateless is unfathomable. We are not talking here of a right to a high office but of basic human rights which require citizenship for them to be bestowed and exercised. A stateless person has only the barest of human rights; many civil and political rights are denied such person.

A decision that results in tens of thousands, maybe even more than a million, of Filipinos to be suddenly stateless and stripped of their rights as citizens is surely an ethical question. Not only foundlings will be affected but their families, too, including their adoptive parents and relatives when they have, in fact, been adopted. And for sure, such a decision would have a chilling effect on adoption as foreign or stateless children cannot be adopted under present law. Adoptive parents also would be deterred from adopting foundlings because of the complications involved with respect to their legal status. That’s what is at stake in the Poe case.

To be fair, the counter-argument, ethically speaking, is that the Constitution intended such exclusion when it required natural-born citizenship as a qualification for many high government positions. This is true if there is no alternative way the qualification can be interpreted to avoid the unfair and unjust outcome that affects millions of Filipinos. “Dura lex sed lex” is a good principle but one should resort to it only if it is the only way to apply a law.

SET is a political tribunal

By its very nature and its composition of 3 Supreme Court Justices and 6 senators, the SET is a political body. The fact that its members are not all lawyers means that, from the very beginning, the 1987 Constitution intended its decisions to be political.

To make a political decision in a disqualification case like this is to uphold the public interest, to produce an outcome that is fair and just, not only for the candidate or the one questioning his or her qualifications for the office. That outcome must be fair and just to the Filipino people. Certainly, it must not prejudice other people, especially innocent ones.

I would even argue that the ethical and political dimensions I raise in this article apply not only to the SET but also to the Comelec and to the Supreme Court. The Comelec, too, will decide whether Poe is qualified to run for president. They could revisit the foundling/natural-born citizenship issue. They would have to rule on the residence issue, whether Poe has fulfilled the residency requirement given the circumstances of her coming back, with her family, to the country.

The Supreme Court, reviewing the SET and Comelec decisions, and on its own when a case is filed with the Presidential Electoral Tribunal if Poe wins, will also have to rule on these two issues.

I will write about the residence issue in another article. In that case, it is not the rights of foundlings but of global diaspora Filipinos – OFWs and migrants for example – that are at stake. Suffice it to say that like the natural-born/foundling issue, this is also not a dispute about facts but about the interpretation of law.

Should we have a restrictive, strict constructionist approach to citizenship, or should we be more open and liberal about how we define who we are in this republic that can exercise all rights of citizens? But definitely, as I have argued here, law is not enough to resolve the question, as there will also be in such a case both ethical and political dimensions. – Rappler.com