Misuari and the lessons of inclusion 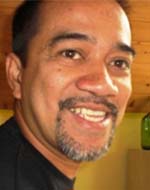 In the late 60s to the mid-70s, Misuari seized the banner of independence and captured the imagination of the Moros. Soon, he got well-deserved recognition as the icon of resistance of Muslim Philippines. The Moro National Liberation Front (MNLF) gained observer status at the Organization of Islamic Cooperation (OIC). Until today, no other Muslim community or organization anywhere in the world has ever achieved the same feat. The Marcos regime, at the height of its martial law powers, was forced to negotiate. By 1976, the Tripoli Peace Agreement was signed.

It is perhaps because of this history that Misuari seems to have missed some dramatic changes that have been taking place. Foremost is that the OIC of today, which Misuari relies on for international recognition, is not the OIC of the 1970s. Libya’s role as a powerful broker has ended; it is now more of a failed state ruled by rival militias. Indonesia, which brokered the post-Marcos peace agreement with the MNLF, is not anymore ruled by Suharto and his family.

Moreover, Malaysia, which provided invaluable refuge and sanctuary to MNLF forces and Moro refugees in Sabah, has not only arrested and extradited Misuari a few years ago, it is also bent on sending Moro Filipinos back to Mindanao. How about the other OIC countries that played key roles in the MNLF’s history in '70s and '80s – Egypt, Tunisia, Somalia? Everyone knows their story.

But Misuari also seems to be oblivious to the changes at home. He remains in continual denial that the MNLF he commanded could not anymore claim a monopoly over the loyalty of its followers, even in Misuari’s own turf. Since the 1980s, many MNLF commanders have made peace with the military, and transformed themselves into local strongmen. One example is the group of armed politicians in Sulu collectively known as the "Magic Eight."

Others became enterprising criminals, such as the kidnappers, smugglers and conmen who profit from the "shadow economy." Their resilience is explained by many factors, including that they make real money, and provide employment and income to idle MNLF troops.

Thus, loyalties are now constantly renegotiated and can be quite easily switched on and switched off, depending on what is convenient. Frontlines of battle are not anymore clear – an ally today can be an enemy tomorrow, and vice versa. Various bargains can be most easily negotiated – a kidnapper with hostages in tow, for example, can crisscross territories unchallenged, just by offering to share the loot.

But perhaps the most important change is that Moros do not anymore speak with one voice. But neither does the government in Manila.

Herein lies the irony of Misuari’s complaints. The two processes leading to the two peace agreements he signed, in 1976 and 1996, excluded so many groups and key players whose cooperation, or at least tacit acceptance, was necessary to make the peace deal work.

Now it is Misuari who is finally being left out.

With the benefit of hindsight, the signals to make the peace process inclusive enough became increasingly louder.

In April 1977, the cities of General Santos and Puerto Princesa, and the provinces of South Cotabato, Davao del Sur and Palawan voted themselves out of the proposed regional autonomous government. In April 1989, when the peace process was revived and the Organic law was amended, only four of the original 13 provinces covered by the Tripoli agreement voted to be part of the re-constituted Autonomous Region of Muslim Mindanao (ARMM). None of the nine cities voted to join. The irony was that Cotabato City, which became the seat of the regional government, was one of the cities that rejected inclusion in the ARMM.

After the 1996 Final Peace Agreement was signed, efforts were made to expand the ARMM. But in the 2001 plebiscite, only Basilan joined the four other provinces (Maguidanao, Sulu, Tawi-Tawi and Lanao del Sur) already included. Basilan’s capital town, Isabela City, also voted to stay out.

The growing political isolation of the MNLF was already evident by the 1998 elections. Christian politicians who were deemed more open to the Moros were voted out of office, while openly anti-Moro politicians, such as the so-called Tres Marias, won electoral landslides and consolidated their hold on power.

Yet the MNLF, or rather Misuari, still refused to talk to them. Instead of trying to create and expand the constituency for the Peace Agreement, he chose to build an exclusive partnership with Lakas-NUCD, whose presidential candidate (Jose De Venecia Jr) lost the elections.

Thus, it is no wonder that those left out of the negotiations – including senators, congressmen, governors and mayors – had to go to the Supreme Court to challenge whatever deals have been made.

But more importantly, the chief executive for a new autonomous governance structure will not anymore be elected by direct vote, similar to Misuari’s. It appears that having been directly elected to the ARMM, Misuari saw no need to negotiate, strike bargains or play ball with the various constituencies of Muslim and non-Muslim Mindanao.

By having the new chief executive elected from among the members of the autonomous regional legislative assembly, the emergence of new "Misuaris" will hopefully be prevented.

If ever Misuari has taught us a lesson, it is about how to be more inclusive and not to follow his example. - Rappler.com

Now based in London, Eric Gutierrez is the main author of the book Rebels, Warlords and Ulama: A Reader on Muslim Separatism and the War in Southern Philippines, published in 2000 by the Institute for Popular Democracy.