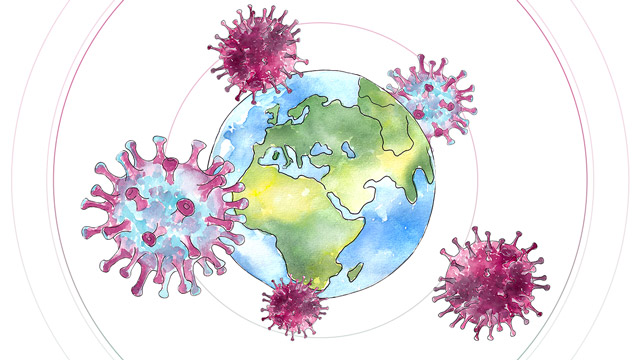 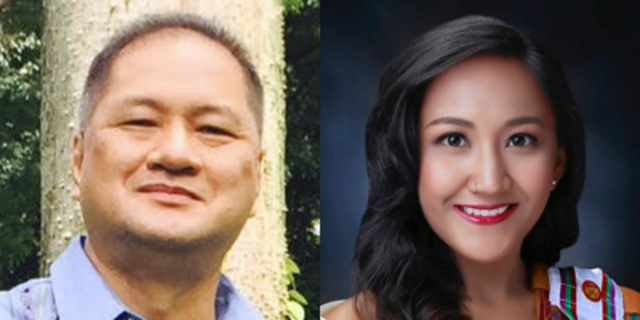 A pandemic is an outcome of ecological irresponsibility, and environmental negligence also aggravates the health, economic, and other impacts of pandemics.

This link between the environment and pandemics is illustrated in the global crisis we are facing with the novel coronavirus, which has forced governments to close down its borders, companies to halt production, and places to shut down save for the essentials: groceries, hospitals, pharmacies, and restaurants. It is everything we in the environmental community, in particular those who of us who have worked to protect biological diversity and the integrity of ecosystems, have been saying for decades. Today’s pandemic is the worst scenario but it has been foreseen. We can actually say "we told you so" to decision makers and to businesses who did not listen to us.

The impacts of the coronavirus pandemic have been amplified by our failure to maintain a sound environment. According to the World Health Organization, a number of diseases are associated with environmental risk factors. For instance, a third of the deaths from stroke, lung cancer, and heart disease are linked to air pollution, while nearly a quarter of the death tolls across the globe are due to environmental factors, such as living or working in unhealthy environments.

The population most affected by these environmental influences are children under the age of 5 – whose most prominent causes of death are lower respiratory infections, such as pneumonia – and older adults, especially those with underlying conditions. Economy also comes into play, as the poor in developed and developing countries bear hardest the brunt of disease, especially taking into consideration water and air pollution that is correlated to population density and poverty. (READ: [OPINION] Earth Day at 50: Lessons for the post-coronavirus world)

Most of the new pandemics have originated through the “zoonotic” transmission of pathogens from animals to humans, regardless of whether these animals are domesticated or wildlife. While some of these viruses present in animals rarely spread to humans, some strains allow for interspecies transmission. This transmission can happen in a variety of different ways, including, but not limited to, natural resources extraction, changes in behavior, and environmental factors. Its spread, however, between and among humans (human-to-human transmissions) can be attributable to changes in lifestyle and increased mobility.

Climate change impacts, such as excessive rainfall or long periods of drought, are also linked to the rise in diseases that have the potential to become pandemics. The rise of cases relating to the Japanese encephalitis for example has been seen as a result of these changing patterns, as extreme drought may lead to increased mosquito breeding when previously moving waters become stagnant. Greater incidence of dengue and the return of malaria are also linked to climate change.

The first environmental cause of pandemics is the destruction of wildlife habitat. As earlier stated, “zoonotic” transmissions of pathogens are the most common way by which these pandemics spread. Normally, if microbes stay in the bodies of the species from which they first evolve, they do not cause disease. However, because humans have not developed immunity from them, once these microbes latch onto human beings, it can evolve or mutate into diseases. (READ: Human activity to blame for virus spread – study)

Deforestation, mining, road building through remote places, and other forms of industrialization, for instance, force wildlife to come closer to human populations in search of habitat and food. When these species do so, they carry their pathogens with them, which then makes potential casual contact possible, and make people more prone to acquiring diseases brought by these animals. In Malaysia, deforestation is one of the key reasons in the rise of malaria transmission. Loss of forest habitat for macaques mean they come closer to humans, which allow mosquitoes to become a go-between for the disease to spread. Deforestation is also one of the driving forces for the rise of Ebola cases in West Africa, which, according to experts, forced animals like bats and chimpanzees to gather around areas where they can get food.

Second, and correlated with the first, is the loss of biodiversity resulting from human activities. One of the effects of this is the disruption of the predator-prey balance. The disappearance of predators allows the proliferation of prey, such as rats, mice, and vectors like mosquitoes, which can both be the sources of and the reason for the quick transmission of pathogens from animals to humans. The trade of wildlife and the hunting of animals, often endangered, also increase the risk of animal-to-human transmission of diseases. AIDS crossed from chimpanzees into humans in the 1920s due to hunting in Africa. According to the Scientific American, a guide on scientific news, when humans disrupt ecosystems, viruses are shaken loose from their natural hosts, which then find new hosts in humans themselves.

The third environmental cause is urban waste, and, more generally, pollution. The Zika virus, for instance, which is caused for the most part by the Aedes aegypti mosquito, the organism that is also responsible for other diseases such as dengue and yellow fever, thrives in human-made habitats, such as tires, bottles, and other plastic containers. Aside from land and water pollution, particles of air pollution also act as transport for pathogens, which contribute to the quick spread of viruses and infectious disease across large distances.

Clearly, environmental factors can either cause or amplify pandemics. Unless there are changes made – both behavioral and institutional, our environmental practices may lead to the rise of other pandemics in the future.

Negative environmental behavior, such as deforestation, have compelled wildlife to come nearer to human populations. Intensive agriculture has exposed humans both to domestic animals and densely populated areas, which makes the transmission of the disease quicker. It is clear, then, that pathogens do not respect species boundaries, and unless we move fast, this might simply be the tip of the iceberg, and we might just be starting to see the exponential rise of these diseases.

Thus, any policy made regarding public health demands a look into societal behaviors and environmental factors. After all, human health does not exist in a vacuum, and connected to it is the health not just of animals but of entire ecosystems. If we fail to understand the natural world in view of what we experience as a society, then we might just keep experiencing these pandemics. Studying the rise of pandemics in view of the environment makes it easier to predict and address them, if not eradicate them completely. (READ: 300 PH scientists, conservationists call for 'a culture of care for nature')

As we celebrate Earth Day this week, let’s renew and scale up our commitment to protect biological diversity and the integrity of ecosystems. Let’s reject cost-benefit analysis and a discredited approach that justifies trade-offs between environment and economic gains. Let’s adopt a precautionary approach that will ensure that never again will we have a pandemic so cruel and devastating as we have today. – Rappler.com

Joy Reyes is a collaborator of Professor Tony La Viña. She graduated from the University of the Philippines College of Law.