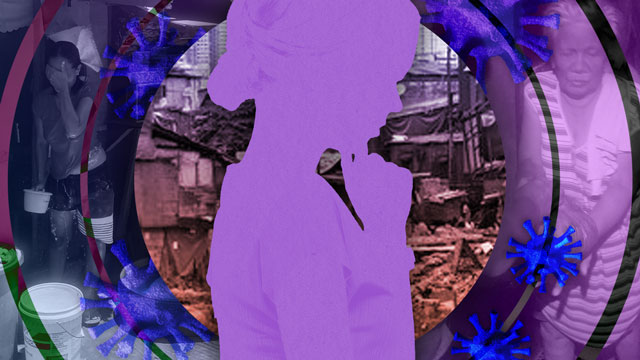 The following is a reflection by social anthropologist Mary Racelis on a first-person account by Barangay Kagawad Jonjon Elago on the state of is community during the coronavirus crisis.

This is Part 2 of a two-part series. You can read Part 1, Elago's account, here. 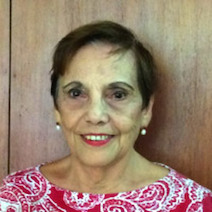 Kagawad Jonjon is a man between a rock and a hard place. Being both the President of the local People’s Organization and concurrently Barangay Councilor, the dual roles offer him leadership advantages. Yet, they also pose difficulties for addressing the needs of the 1,500 families under Manila’s Del Pan Bridge. COVID-19 has magnified the problem enormously.

Jonjon Elago started his involvement in community organizing as part of the people’s resistance to off-city relocation and insistence on in-city social housing. With the help of partner NGOs like the Community Organizers Multiversity (COM), the Foundation for the Development of the Urban Poor (FDUP), and the young architects of TAO Pilipinas, the years of struggle dating back to 2011 saw victory at last. The vacant GSIS land which they spotted in Sta. Mesa, Manila, has been confirmed as their 2020 in-city People’s Plan Ville HOA site of 3,164 sqm. The organization is now managing the members’ savings fund and doing the paperwork for the Social Housing and Finance Corporation’s High Density Community Mortgage Program.

In the course of the demand-driven negotiations, the PO President gained the steadfast trust of the community. Recognizing his leadership qualities and appreciating his accountability to them, PO members supported his successful candidacy for Kagawad in the Barangay elections.

Weaving in and out of his dual PO leader and Councilor roles was generally manageable – until COVID-19. The directives from the top instructing local government units to close down barangays and restrict the people’s movements came with virtually no advance warning. Given the number of families earning just enough from day to day to buy their food and basic needs, the barangay leadership had to address the massive problems generated. Barangay resources were quickly re-programmed to respond to appeals for help. Soon the City of Manila with its Mayor, the parish, NGO partners, and humanitarian groups began providing food packs and other donations. Although relieved, people knew that these resources were basically one-time donations. The community looked to the national government for an organized program that would sustain both short-term assistance during the lockdown and long-term recovery afterwards. (READ: Thousands of Metro Manila’s poorest left out as deadly coronavirus spreads)

Consequently, the news that the national government would be distributing cash grants of up to P8,000 via the DSWD was exciting, enabling them to hold on for at least a month or two without work until the the lockdown was lifted. Some measure of predictability was emerging. However, extensive delays in getting the money to the families, the disarray in the criteria for distribution, and the lists used dashed their hopes and heightened their anxieties. Many were angry at what they perceived to be government inefficiency and favoritism. Social media exploded with further complaints and innuendos of “KUPIT-19.”

Chronic anxiety is a fact of life among urban poor families even in regular non-COVID-19 times. The daily grind means constantly trying to figure out strategies for dealing with an uncertain future (gawin ng paraan). Most people work at low-income jobs or find multiple ways of earning in the informal economy. When disasters strike, the women are tasked to borrow from relatives or 5-6 lenders and seek credit at the local sari-sari store. Both women and men tap intersecting networks in and outside the community.

Establishing some kind of flexible plan allows a degree of confidence in mapping out a viable future for the family. COVID-19 has however greatly increased uncertainty without familiar markers on life’s meandering paths. Add to this emotions ranging from depression to anger if interim benefits from government are seen as being hijacked by the powerful. (READ: [OPINION] A reflection on Kap Mena, Estero de San Miguel, and the coronavirus)

When able-bodied workers are therefore ordered as they were in March to distance themselves in the midst of a dense population, to stay home in cramped quarters and to make sure children wash their hands despite water shortages, the absurdity of these requirements and the growing uncertainty sets off alarms. The coronavirus is clearly something to be feared, but for now, people’s anxiety stems more from the hurdle of feeding the family on a sustainable basis. Will the promised food packs and cash subsidies arrive in time to compensate for their enforced idleness? Will the subsidies and donations keep coming throughout extended lockdowns? If cellphone load cannot be replenished, might that mean missing a food distribution announcement? Are the family’s names on the latest list of qualified recipients? Will the distributions be enough for everyone or will political families and their supporters carve out their disproportionate share? (READ: DSWD: Families not on emergency subsidy list can appeal)

Kagawad Elago probably fears open violence more than most. As a barangay official, he would have to confront it forcefully in line with government directives. As the PO President is trusted by the members, would he be able to enforce draconian methods to quell disorder? Fortunately, he can rely on the other officers, nearly all of them women, to help calm the community. Together they can reassure people that the promised benefits are on their way while tapping donor networks to fill in the interim gaps and pressuring government to move. Yet festering suspicions about corruption and perceived inefficiency, together with resentment over unfair distribution, can heighten community tempers. “If men define situations as real, they are real in their consequences” (Sociologist W.I. Thomas).

What lessons can government officials, in particular, learn from Kagawad Elago and the Del Pan experience?

At a more profound level, the lessons of COVID-19 highlight the urgency of working toward a transformed society serious about eliminating poverty, enabling access of all to basic resources, dismantling huge income disparities, and encouraging citizen participation for a truly just society that respects human rights. Traumatic events usually find people willing to try creative new approaches. After all, while the powerful may strive to distance themselves from the urban poor, the virus is much more democratic in its coverage. – Rappler.com

Mary Racelis is a social anthropologist who teaches at the Ateneo de Manila University and the University of the Philippines. She is Board member of Community Organizers Multiversity.