A duty to stand up against Japanese militarism 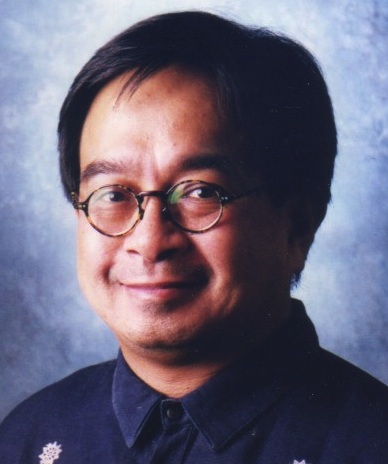 Each year, around February and March, the Ortigas Library is visited by writers or members of the media seeking photos and documents for a feature on the Liberation of Manila which occurred almost 70 years ago. Some will hold interviews with the remaining older citizens who lived through a ferocious battle lasting three weeks in the city, seeing loved ones and friends brutally murdered by Japanese soldiers on a killing frenzy or by a rain of bombs and projectiles used by American soldiers.

It is but fitting to have these reminders though grim and now sparse given the remaining survivors who can vividly share their stories. Over 100,000 civilians died in the liberation of Manila. One out of 20 Filipinos in the country, or about 1 million people, died in this war, the percentage to its population the highest in comparison to other Asian countries including China and Japan.

Victory would be ours in 1945 despite the depopulating of the country and its accompanying pain of loss and reconstruction.

Or is it? Currently, the Japanese government is attempting to bury their abominable past and give the war they initiated a patina of respectability.

In recent months, accelerated by the conservative government of Prime Minister Shinzo Abe, attempts to alter facts are being systematically initiated. The government will review and possibly disown the apologies to comfort women expressed by a previous administration.They are reviewing school textbooks on the grounds that the references to the 1937 Nanking massacre of hundreds of thousands of civilians may have been invented. They would like a revamping of their pacifist constitution and its implicit renunciation of war, charging that it was written under duress by the American victors. They are currently whitewashing the murderous role of the Kamikaze pilots and instead, extolling them and elevating them as heroes.

The most serious slap to historical memory is Prime Minister Abe’s visit last December to the Yasukuni Shrine in Tokyo where 5,728 Class A, B and C war criminals, tried and executed or given life imprisonment for their acts of genocide, rape, brigandage, torture and other forms of cruelty in the war are now enshrined and some considered martyrs. Mr. Abe has contended that the 1946 international war crimes court may have declared them as war criminals but Japanese law would not consider them as such.

These criminals, tried and hung for crimes against humanity include General Hideki Tojo, General Akira Muto responsible for the rape of Manila during liberation, and General Yamashita Tomoyuki, whose brutality as the ‘Tiger of Malaya’ extended to the Philippines until his surrender in 1945.

Yet, whenever the Japanese government tries to rewrite history or when visits to the Yasukuni Shrine are conducted, loud condemnations emanate only from the people and governments of China and Korea. The Japanese embassies in those countries are besieged with demonstrators, angry editorials and condemning articles are published, and the countries’ respective foreign ministries have  serious words with the Japanese Ambassadors.

But here? Comfort Women apology being rescinded? Textbooks on Japanese genocide being expunged? Kamikaze pilots extolled? Not a peep from our foreign affairs department and the Presidential Palace.

The problem lies in that the Japanese occupation period in the Philippines is little studied nor woven into our national psyche. When Japan tries to reconfigure the historical realities of WWII, we should, like the Chinese and the Korean people and their governments do, express indignation, demanding fealty to history.

In lacking historical awareness and forthright convictions, we are hobbled in discerning and forming critical thought like, for example, on a Philippine government formed in 1942 by the Japanese Occupation forces. Were the people who participated in the government collaborators like that of President Aquino’s grandfather and namesake? Or did they cooperate with the occupiers to run the expected basic services and to protect Filipinos? Without such debate, opinions, and resolutions, we are left with an ahistorical stance which adds further to a distancing between a government and a citizenry that should be overseeing it.

There is the realpolitik to contend with: Japan being our largest trading partner, the accompanying prosperity, Japanese tourist arrivals, and the cultural exchanges. Korea and China also have such relations with Japan but do not hold back in lambasting the latter for any egregious moves committed.

We seem to be a people who take little umbrage to the depredations exacted on us, as we go through this muffled mourning each year without the resolve to condemn the Japanese Government’s efforts to expunge the horror they committed. We Filipinos, unlike the Chinese and the Koreans, verge on committing an affront to our war dead.

In the Ortigas Library, we have many books on the aftermath of the war including a rare 21 volume proceedings of the Tokyo War Crime Trial. Buried in these transcripts and books are not just an accounting of the brutality inflicted on Filipinos and the people of Asia to justify the eventual executions. There is also contrition.

General Yamashita Tomoyuki, an hour and forty minutes before his hanging in 1946 for the mass killing of civilians in Manila, wrote a profound apology for his crimes and renounced the militarists that set Japan to a course of war. He blamed the “…military authorities’ arbitrary decisions” causing many of his people to die “…dragged into its present unbearable suffering.”

Yamashita reminds his people that to be a citizen, fulfilling one’s duty rather than just following orders will create a “…democratic and cooperative society.”

He rejected the militarists for “…lacking morals” imploring his people instead “…to cultivate and accept the moral judgment of the world…become a people who fulfill duties on your own responsibility…to be independent and carve out your own future.  Only through that path can eternal peace be attained in the world.”

It is ironic that General Yamashita’s message to his people would also be a prescription to us, to expose and condemn the return of Japanese militarism whenever it rears its ugly head and to be unequivocal in demanding that Japan fulfills its responsibility to adhere to pacifism and promote peace.

We will have done our duty of living up to our countrymen’s ultimate sacrifice, paying with their lives so we can be free. - Rappler.com

John L. Silva is the Executive Director of the Ortigas Foundation. He is an author and writes on various historical matters.