The President’s critique of critics 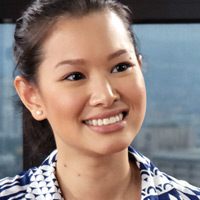 The President is not afraid to pick fights.

In his State of the Nation Address (SONA) last year, he picked a fight against the Bureau of Customs “whose personnel are trying to outdo each other’s incompetence.” In 2011, he shamed the PAGCOR management for their billion peso coffee fund and tauntingly asked them whether “they have been able to sleep in the last few years.”

Indeed, an aggressive tone has been characteristic of the President’s speeches. His pronouncements against the Sereno court should not have shocked us anymore.

In his SONA last Monday, the President went on a warpath again, albeit in a melodramatic tone. He went after his critics.

“I have full conviction to face the critics,” he said, “because I know there are only a few of them while there are so many of us.” Using a standard populist trope of simplifying the political debate, he declared that to criticize him is to undermine the people who have benefitted from the straight path.

The President’s take on critics, of course, is not new. His tenor last Monday is reflective of a broader trend on how his government as well as some of his supporters engage, or more accurately, choose to disengage dissenting voices.

In the aftermath of Super Typhoon Haiyan, for example, critical comments against the government’s post-disaster response were categorized as bangayan, at a time when the country needed bayanihan. “Bahala na si Lord sa inyo, busy ako” the President was quoted to have said, while some of his supporters shared memes in social media shushing critics to focus on helping instead of complaining.

The problem, according to the President, is the emerging “cottage industry” of “people who make a living criticizing” his administration. If the President were to attend to each of these criticisms, it would “detract [him] from solving the problems of this country.”

Instead of critique, the President considers trust as “the foundation of good governance.” People must be able to trust that their leaders will not take advantage of them, that the government will always be on their side and that institutions will be strengthened. Ultimately, reform means people trusting their government again.

Building the credibility of democratic institutions is not only noble but essential in today’s complex society. And to this extent I agree with the President. But a line must be drawn between the need for “trusting citizens” expressing unwavering support to the government’s reform agenda, to “critical citizens” who consider doubt as an essential demand of democratic life.

Trust is important to take part in the collective project of nation-building, for it is trust that gives us confidence that our participation matters. But trust also involves judgment. We take part in politics because we expect some form of outcome – perhaps a change of behavior from our leaders or a reasonable explanation as to why our demands cannot be met. When reality falls short of these expectations – which, clearly, is often the case – the voice of the critical citizen is needed.

To continue to trust, to let things be is to weaken accountability. It is misplaced trust that compromises people’s capacity to spot emerging practices of tyranny. It is misplaced trust that makes one think that FOI is unnecessary. There is a reason why maximizing citizen trust in institutions is undesirable, and it is because, as a distinguished professor puts it, “institutions are concentrations of power with the potential for great evil.”

The capacity to accept and correct mistakes

Recently, I attended a colleague’s presentation about what to me is a novel concept called “reflexive capacity.” Reflexive capacity is an organization’s ability to receive, interpret and process a range of competing ideas. It ensures that inclusive governance is meaningful and not merely reduced to the “shallow accommodation of civil society.”  It is an antidote to what scholars call “intellectual monocropping” – the practice of hiring like-minded people in an organization which makes it impossible to think outside the box.

Poor reflexive capacity, for example, is one reason why institutions such as the International Monetary Fund failed to foresee the global financial crisis. The insularity and conformity within the organization has hindered their staff from seriously considering the warning of global civil society against the unsustainability of finance capitalism. I wonder whether intellectual monocropping is also the reason why the Disbursement Acceleration Program was uncontroversial within policy circles until recently, whether unquestioning trust in a so-called virtuous regime made public servants complacent about the integrity of current governance practices.

Idealizing trusting instead of critical citizens is a disturbing proposition at this important juncture. We need skeptics who can challenge the government to recognize its own fallibility and espouse intellectual humility to correct its mistakes.

The worst enemy of our democracy is not a cottage industry of dissenters but an echo chamber among loyalists. Critical citizenship is most important in critical times. Without it, our country will look like what we saw last Monday – a room of sharply dressed oligarchs very pleased with themselves and their leader, while outside, in the humid heat of tropical Manila, protesters are blasted with water cannon as they confront the rhetoric of power. - Rappler.com

Nicole Curato is a sociologist from the University of the Philippines. She is currently based in Canberra for her post-doctoral research fellowship at the Centre for Deliberative Democracy and Global Governance.