Remarks delivered during the Kasarinlan Foreign Policy Forum of Senator Risa Hontiveros on July 9, 2018 in Manila. 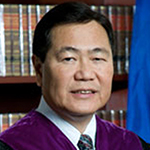 The Award issued by the Arbitral Tribunal at The Hague on July 12, 2016 stands today as the most important decision under the UN Convention on the Law of the Sea or Unclos. The Award has great ramification worldwide because the Award expands immensely the global commons in the oceans and seas of our planet by denying exclusive economic zones and extended continental shelves to small islands that cannot, solely on their own natural resources, support a stable community of people.

Thus, the Award recognized only a 12-nautical mile (NM) territorial sea to Itu Aba, at 46 hectares in area the largest island in the Spratlys. The Award expressly denied to Itu Aba a 200-NM EEZ [Exclusive Economic Zone] and a 150-NM ECS [East China Sea]. Hundreds, if not thousands, of similarly-sized islands dot the oceans and seas of our planet. Today, states that used to claim expansive EEZs and ECSs from these small islands can no longer do so because of the Award. The result is that there are now far more high seas in the oceans and seas of our planet. The waters and fish in the high seas, as well as the mineral resources beyond the extended continental shelf, are part of the global commons, belonging to all mankind. In short, the Award has greatly expanded the global commons for the benefit of all mankind.

Now, has the Philippines enforced the Award considering that the Award is so obviously advantageous to the Philippines? Last December 2016, President Rodrigo Duterte declared that he was “setting aside” the Award to secure loans and investments from China. Thus, the President has refused to take immediate steps to enforce an Award that, by any conceivable yardstick, is immensely in the national interest of the Philippines.

The Philippines has even declared that it will not take sides, between China on one hand and the US, UK, France and Australia on the other hand, on the issue of freedom of navigation and overflight in the South China Sea, even if these naval and air operations enforce a core part of the Award. The Philippines has incomprehensibly decided to befriend at all cost the very state that is grabbing the EEZ of the Philippines.

Now, let me address four issues raised by people who oppose any Philippine action to enforce the Award. First, there are those who say, including President Duterte, that enforcing the Award means going to war with China. This is, of course, not true. There are many ways of enforcing the Award, or parts of the Award, without going to war with China. I have on many occasions enumerated these peaceful actions.

“Third party intervention in different situations of a conflict is nothing new in international politics. It has become an established instrument in the diplomatic toolboxes of many foreign services and governments around the world. Two common forms of third party intervention are arbitration and mediation.”

Thus, arbitration is indisputably part and parcel of diplomacy.

Fourth, there are those who say that the South China Sea dispute is a geopolitical rivalry between China and the US, and the Philippines should stay out of the fight between these two hegemons. Those who hold this view are totally blind to China’s blatant physical seizure of Philippine maritime zones and territory in the West Philippine Sea. China is not shy in publicly declaring to the world that it owns 80% of the West Philippine Sea under its nine-dashed line claim. No Filipino in his right mind can gloss over this obvious and indisputable fact.

Since the Duterte administration has chosen to set aside the enforcement of the Award, the task of keeping alive the Award within our country has fallen on people like you and me. It is now our duty to inform the Filipino people why the Award is immensely beneficial to our national interest, and why every Filipino has a civic duty to preserve and protect the Award so that the next administration can enforce the Award.

It is also our duty now to inform the other peoples of the world, in particular the citizens of Unclos member-states, that China’s compliance with the Award is essential to the survival of Unclos as the governing law for the oceans and seas of our planet. For if China can appropriate for itself the South China Sea, then other naval powers can also appropriate for themselves their near seas to the prejudice of smaller or militarily weaker states. That will mean the collapse of the rule of law in the oceans and seas  of our planet. What will prevail will be the rule of the naval canon.