Leaders of the Asia-Pacific Economic Cooperation (APEC) called for increased global cooperation to fight terrorism following the Paris attacks that killed 129, the twin blasts in Beirut, and the downed Russian passenger plane over Egypt.

US President Barack Obama, Chinese President Xi Jinping, Russian Prime Minister Dmitry Medvedev, and Philippine President Benigno Aquino III were among those who endorsed the APEC Leaders' Declaration after a meeting in Manila.

“Under the shadow cast by the terrorist attacks in Paris, Beirut, and against Russian aircraft over the Sinai, and elsewhere, we strongly condemn all acts, methods, and practices of terrorism in all their forms and manifestations. We will not allow terrorism to threaten the fundamental values that underpin our free and open economies,” the APEC leaders said in the declaration on Thursday, November 19.

The leaders said that APEC's goals of economic growth, prosperity, and opportunity are “among the most powerful tools to address the root causes of terrorism and radicalization.”

The summit came just days after the terror group Islamic State of Iraq and Syria (ISIS) claimed responsibility for the Paris attacks. On the eve of the Paris bombings and shootings, two suicide bombs exploded in Beirut, Lebanon, killing 43 and leaving 200 wounded.

Russia also announced that a bomb attack brought down a passenger jet over Egypt last month, killing all 224 on board.

Terrorism became a key point of discussion in the leaders' bilateral meetings, and in the G20 summit in Turkey that preceded the APEC meeting.

The leaders also endorsed the priorities of the Philippines, the host country, in the following areas:

The declaration summed up agreements made in the entire year the Philippines hosted APEC.

The leaders stressed the importance of MSMEs' participation in global trade to achieve inclusive growth, the theme the Philippines chose.

They adopted the Boracay Action Agenda to Globalize MSMEs, which aims to help the enterprises access the global market through trade facilitation, e-commerce, financing and institutional support.

Another Philippine priority, boosting the services sector, got the support of leaders. Services are the largest contributor to the growth of the Philippine economy, particularly business process outsourcing, telecommunications, and real estate.

“We instruct our officials to develop a strategic and long-term Services Competitiveness Roadmap in 2016 with the adoption of a concerted set of actions and mutually agreed targets to be achieved by 2025. We appreciate services-related initiatives such as manufacturing-related services,” the declaration stated. 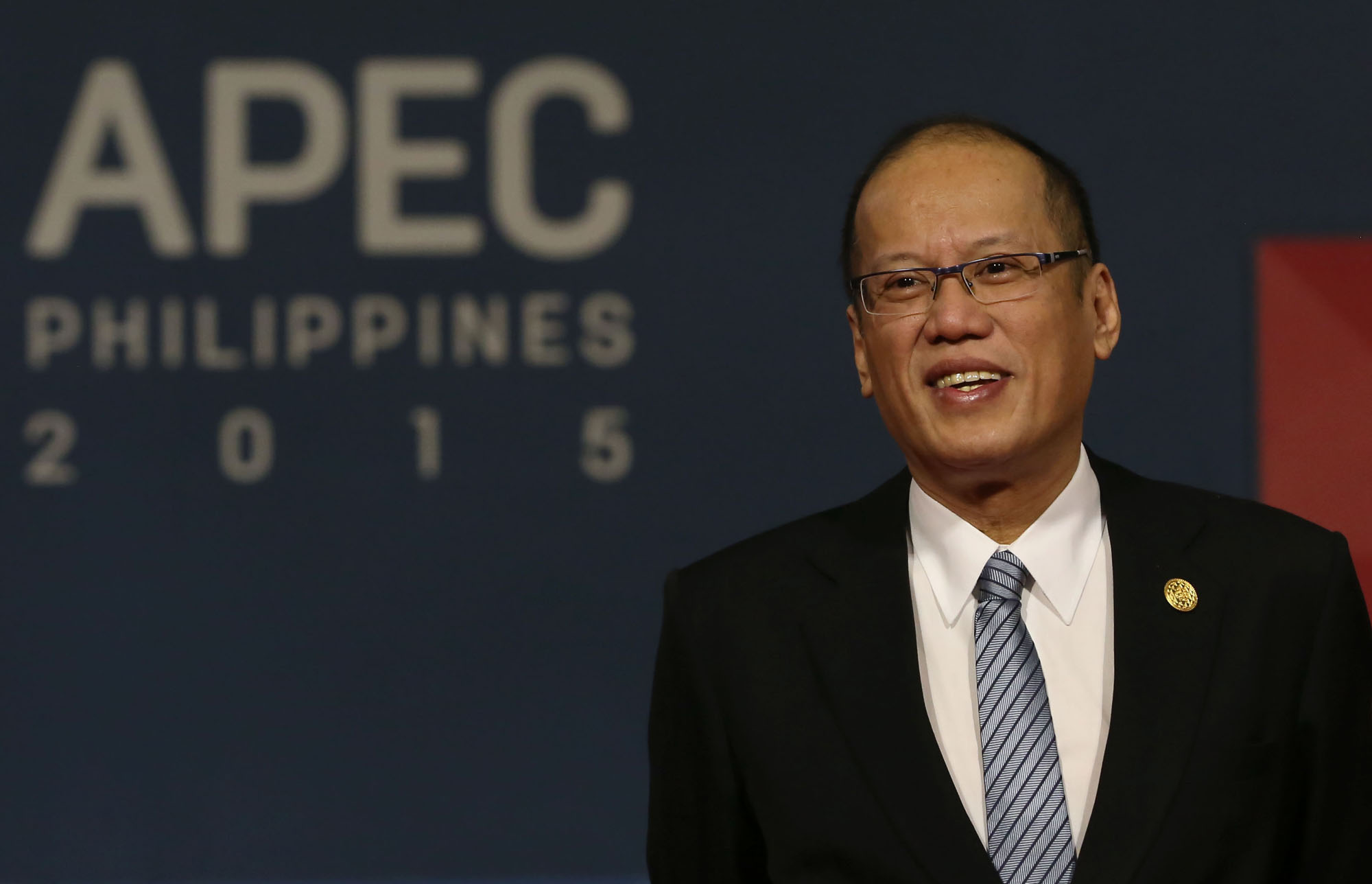 The APEC leaders reiterated that the region should pursue an APEC-wide free trade agreement instead of being divided into US-led and China-led trade blocs.

The TPP aims to be the world's largest free trade area, involving 12 parties that are also APEC members. It excludes China, the world's second largest economy. The TPP is the economic component of the US policy of rebalancing military and economic attention to Asia. (READ: US-China rivalry on backdrop of Asia summits)

Obama and the 11 other TPP leaders met at the sidelines of APEC in Manila.

The leaders said they welcomed the progress in the TPP but officials must “ensure that regional trade agreements complement and strengthen the multilateral trading system.”

Another trade deal is the Regional Comprehensive Economic Partnership (RCEP), which includes China but not the US. RCEP is being negotiated among the Association of Southeast Asian Nations (ASEAN), China, Japan, South Korea, India, Australia, and New Zealand.

The APEC leaders said they want to advance the FTAAP process by receiving findings and recommendations on a review of the deal when they meet again next year in Peru. 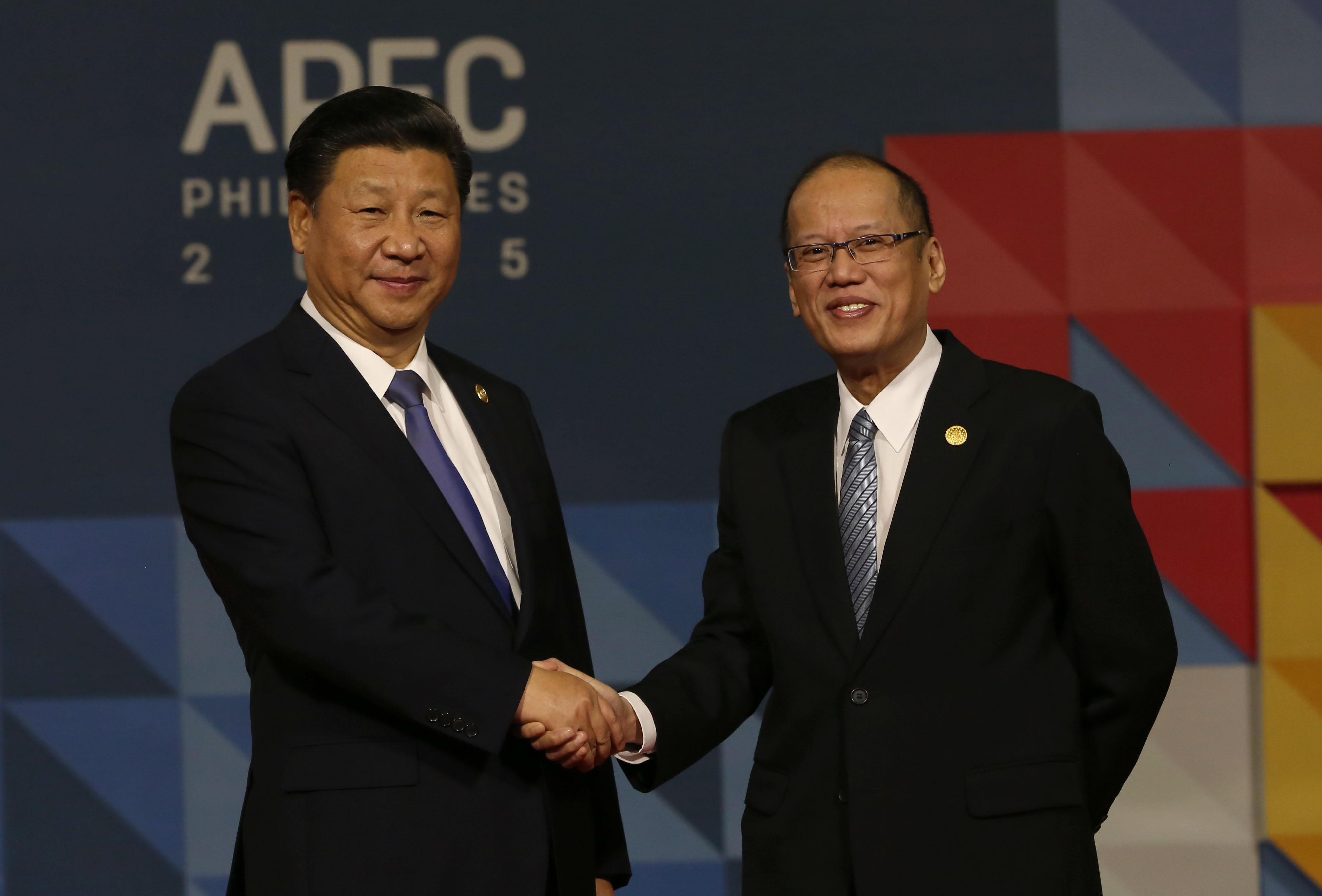 APEC UNITY? Aquino and Xi meet in APEC as a maritime dispute between their two countries heats up.

“We are firmly committed to achieving a fair, balanced, ambitious, durable, and dynamic agreement on climate change at the Paris Climate Conference (COP21) in December,” the declaration stated.

APEC has committed to double renewable energy in the regional energy mix by 2030.

Disaster risk reduction, another Philippine priority, got a boost as the APEC leaders ordered their ministers to craft an action plan in 2016 to implement the region's framework on the topic.

Another focus is urbanization, with China hosting a high-level forum on the issue next year.

After Manila, most of the APEC leaders will fly to Malaysia for the ASEAN summit, and the wider East Asia Summit with ASEAN allies. – Rappler.com