CALIFORNIA, United States – In a stunning victory, two Filipino Americans are poised to become the new members of the City Council of South San Francisco, defeating an incumbent in the midterm elections.

At press time, Flor Nicolas and Mark Nagales both garnered 18 percent of the vote, trailing a longtime Council member to claim 2 of the 5 seats occupied by a Japanese American and another Caucasian. Vote by mail ballots were yet to be counted, with final results to be announced November 19, according to the San Mateo County Assessor - County Clerk - Recorder & Elections Office. With votes from all 29 precincts in as of November 7, Nicolas received 3,067 and Nagales got 3,026 votes.

Before November 6, 2018, South San Francisco had been elusive to Filipino aspirants, unlike its neighbors to the north, Daly City, which has had 4 Council Members, and Colma, home to 2 FilAm women Council members.

"What a first for South San Francisco: Two Filipinos unseat an incumbent," remarked Joanne del Rosario, current Vice Mayor of Colma, who ran unopposed and topped her own race. Del Rosario bested fellow Council Member Helen Fisicaro, senior most member of the body governing the "City of Souls," the town that grew from several cemeteries.

The prospect of serving alongside another Filipino American elated Nagales.

"In a city where the Asian population is 37% with Filipinos in the majority, having two FilAms would be amazing because we never had a Filipino on the city council," Nagales told this writer. "To have two (FilAms on the Council) shows the strength of the Filipino community. It shows the work of leaders like Tita Alice Bulos who paved the way for many of us. I think she would proud to see what's happening."

Bulos was the South San Francisco resident and the legendary community organizer whose battlecry was "Reach out to the community toward empowerment."  She died in October 2016.

The two FilAm victors have a similar vision for their home city, prioritizing affordable housing and enhanced city services.

Calling herself a "proud mother, grandmother and businesswoman," Nicolas notes that the next generation needs "to see women and men serving side by side to reinforce the value of respect and recognize that all have an equal opportunity to lead and serve."

"I attribute my election to my strong ties with the community, volunteer work and City-appointed positions," the Santo Tomas, Batangas, native told Rappler.  "'My husband's Masonic brothers and the Knights of Columbus also helped a lot."

Both born in the Philippines, Nicolas and Nagales represent several demographics.

Baby Boomer Flor Nicolas is a biotech executive and Millennial Mark Nagales is the new outreach coordinator for a fair housing nonprofit since leaving Speier's office to start his political campaign.

What both have in common is passion for service.

As triple-decade residents of the once self-proclaimed “Industry City” that now touts itself as the “Birthplace of Biotechnology,” Nicolas and Nagales have been volunteers at various city departments.

Nicolas, an active parishioner of Mater Dolorosa Church, holds a chemical engineering degree from Mapua Institute of Technology and a Master of Public Health from the University of Massachusetts at Amherst.  Nagales is a former president of the Filipino American Democratic Club of San Mateo County who graduated with a double major in History and Political Science from San Francisco State University.

Unsurprisingly, Quezon City-born State Assembly Member Rob Bonta raked in 87% or 59,953 votes to keep his District 18 office.  In Alameda, Tony Daysog keeps his City Council seat by taking 5,989 or 23.95 percent of votes in the island town where the political career of Bonta, the highest ranking FilAm legislator, was born. 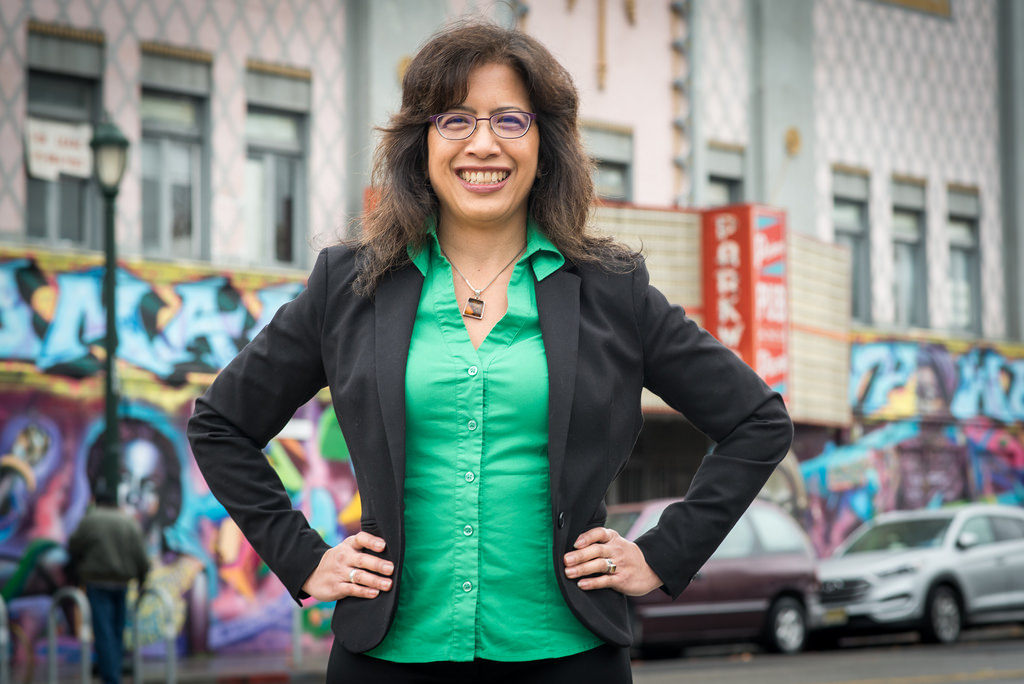 IT'S A WIN. First-time candidate Nikki Fortunato Bas is the first FilAm woman elected to the Oakland City Council (District 2) by taking 4,049 votes or 51.04 percent.

First-time candidate Nikki Fortunato Bas is the first FilAm woman elected to the Oakland City Council (District 2) by taking 4,049 votes or 51.04 percent.  The 25-year community organizer's platform prioritized housing, a critical issue among Filipino Americans.  Starting her advocacy as a champion for immigrant garment workers "cheated out of their wages by a fancy dress maker," Fortunato Bas fought to raise minimum wage in Oakland and worked to reduce diesel emissions for healthier environment

In the Contra Costa town of El Cerrito, incumbent Mayor Gabriel Quinto placed first with 4,729 or 50.90% of votes.  Quinto, the first known openly gay FilAm City Council Member elected in the San Francisco Bay Area, served on the Committee on Aging and the Human Relations Commission of his town before winning his first term on the City Council in 2014.

Seasoned Union City Council Member Pat Gacoscos defended her post, winning 2,777 votes or 13.65% in the Filipino American stronghold.  A former teacher, Gacoscos was elected to the New Haven Unified School District and the Union Sanitary District before winning a seat on the City Council in 2010.

In Daly City, Jefferson Elementary School District Trustee Maybelle Manio, who was appointed to the post, won her race with 4,106 votes or 26.5% to continue to "advocate for and support programs that increase student achievement," among the board of education goals.

Republican Cristina Osmena, who challenged Democrat Jackie Speier to represent the 14th Congressional District, garnered 18,889 or 24.9% against the incumbent's 56,831 or 75.1%.

Management consultant Christina Laskowski, also a FilAm and Republican, ran against incumbent State Assembly Member Kevin Mullin for the 22nd District,  concluded her contest with 17,100 or 27.2% behind Mullin's 45,755 or 72. 8%.

Ethnic Studies professor and community advocate Rod Daus-Magbual aimed to be the fourth FilAm on the City Council of Daly City along with his running mate current Vice Mayor Ray Buenaventura. The latter topped the race with 6,051 votes or 31.4%. At press time, Daus-Magbual had 4,156 votes or 82 votes behind the third-placer contending for three seats. – Rappler.com